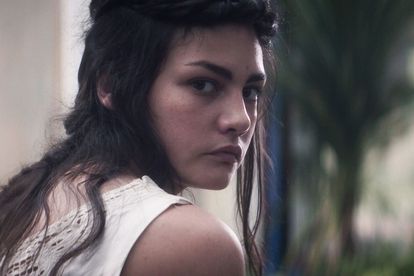 The Showmax film Glasshouse has been selected for the 25th Fantasia International Film Festival in Montreal, Canada. Billed as North America’s top genre film festival, Fantasia is running from 5 to 25 August 2021.

Glasshouse is set after The Shred, an airborne dementia has left humanity roaming like lost and dangerous animals, unable to remember who they are. Confined to their airtight glasshouse, a family does what they must to survive – until the sisters are seduced by a stranger who upsets the family’s rituals, unearthing a past they have tried to bury.

Glasshouse stars British actress Jessica Alexander (the upcoming live-action remake of The Little Mermaid) and newcomer Anja Taljaard as the sisters, Bee and Evie, opposite Hilton Pelser (the BAFTA-nominated Moffie, the upcoming remake of Dangerous Liaisons) as The Stranger.

The spooky yet sexy post-pandemic love triangle is the feature film directorial debut of Kelsey Egan, who co-wrote the script with associate producer Emma Lungiswa de Wet. Kelsey and Emma are award-winning writers: Kelsey is best known for helping adapt the Deon Meyer bestseller Trackers for M-Net, Cinemax and ZDF, while Emma was a staff writer on the YouTube animated phenomenon Munki and Trunk, which now has over six million subscribers to its Jungle Beat channel.

“I’ve been working towards directing features since I made my first short back in 2008, so to end up directing my first film in 2020 of all years feels like some form of dramatic irony,” says Kelsey. “To shoot this intimate post-apocalyptic fable during the pandemic was a surreal experience.”

DoP Justus de Jager (an Africa Movie Academy Award nominee for Siembamba) shot Glasshouse at The Pearson Conservatory, a Victorian glasshouse marooned in the Eastern Cape since 1881. Emma calls the national monument, which she remembers from childhood, “the perfect setting for a story about memory: a colonial relic at once fragile and persistent.”

Kelsey adds that Glasshouse “explores two opposing coping mechanisms to trauma: holding tightly to the past as a form of preservation, and wilful forgetting.”

Greig Buckle is producing through Local Motion Pictures. Buckle was co-producer of the Oscar-shortlisted Life, Above All and line produced the #1 US box office hit Chronicle, among other high-profile service jobs in South Africa.

Film and theatre veteran Adrienne Pearce (the BAFTA-winning Troy and the Emmy-winning The Triangle); 12-year-old Naledi Award winner and Fleur du Cap nominee Kitty Harris (Matilda the Musical); and rising star Brent Vermeulen co-star. Brent was singled out by The Hollywood Reporter as “one of this year’s major acting discoveries in Cannes” when The Harvesters (Die Stropers) screened in Un Certain Regard in 2018 and has gone on to act in Griekwastad, named Best Film at the 2021 South African Film and Television Awards (SAFTAs), and in South African TV series like the critically-acclaimed 4 Mure and the SAFTA-nominated Alles Malan.

“Glasshouse is a claustrophobic, thought-provoking story of family survival and buried secrets,” says Candice Fangueiro, head of content at Showmax. “We’re delighted the film is having its world premiere at Fantasia, the latest in a string of coups for South African films this year, like Moffie’s BAFTA nomination, Five Tiger’s selection for Sundance, Gaia winning the ZEISS Cinematography Award at SXSW, and This Is Not A Burial, It’s A Resurrection being ranked fourth on Metacritic’s list of the best-reviewed films of 2021 so far.”

Glasshouse is the first film in a three-picture dystopian slate Showmax has developed with Local Motion Pictures, in association with Crave Pictures, with Kelsey directing.