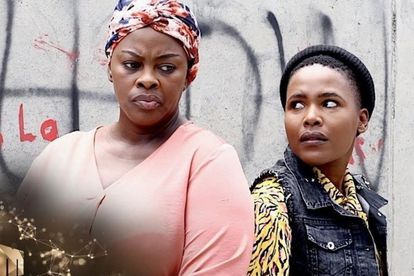 The love triangle ends in tears for Zola (Sonia Mbele) when Mgedeza (Mduduzi Mabaso) chooses his wife over her.

When Mgedeza realises what she’d done, he sets out to avenge his death.

Zola will beg for forgiveness on Friday (24 September) and finally flee town on Thursday (30 September) when she realises that her life is in danger.

Actress Thandeka King who plays the role of Thandiwe ‘Mashenge’ will finally return to the show in September to resume her role after an injury on set.

Nox (Nozuko Ncayiyane) anxiety over her mother’s return will take over her dreams and her father will reassure her that they’re in a good place and have been communicating.

Sne (Nompumelelo Vilakazi) will be released from prison in September and will start planning her matric re-write with Mary’s (Moshine Mo Mametja) help.

It looks the girls have gotten away with Fisto’s murder as detective Cebekhulu (Zikhona Sodlaka) is not mentioned in September’s teasers.

Nox hasn’t had an easy relationship with her mother in the past because of her illegal dealings with her friends.

Also read:It’s a cheating season on ‘The Queen’, ‘Gomora’, ‘The River’ and ‘DiepCity’