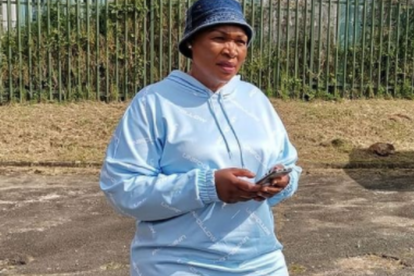 Iconic Mzansi actress Deli Malinga did not find it easy getting into the role of Mamzobe on Mzansi Magic’s drama series Umkhokha.

Having first graced our screens as Sarah Ngcobo on SABC 1’s Generations many years ago. Deli has come a long way and is now a household name.

With more than two decades of experience behind her, one would assume Deli would walk into any role without any hesitancy or fear, but that’s not the case with her new role

Speaking to TimesLIVE about her role as Umkhokha villain Mamzobe, the star unpacked the struggles she faced. Admitting she had waited a long time for a role like this, Deli accepted the offer despite reservations.

“It’s overwhelming because I’ve been in the industry for so long and have been praying I get a lead one day. It was so exciting and at the same time, I was so scared. I wasn’t sure of the pressure.”

Deli acted out a mere two lines at the audition, putting her own twist on it, which bagged her the lead role. Getting the gig was definitely the easy part.

“When I auditioned in Durban, the script only had two lines so they asked if I could do a monologue which they gave to me. I went outside to prepare and then told them I’d do it my own way and they agreed. After that, I went back to Joburg to shoot a movie and I received a call from the producers of Umkhokha telling me when we’d start shooting,” Deli told True Love.

Her role in the new faith-based telenovela, Umkhokha, has had her feeling extremely drained at times. With all the emotional ups and downs of the show, Deli had to take some time off to reconnect with herself.

Engulfing herself in the role of Mamzobe, the talented actress felt like she had lost herself and needed to get her mind straight.

“I needed a break after that to take away Mamzobe completely because as time went by I realised it was too much involvement of Mamzobe with Deli, so I needed my own space to deal with myself. I needed to be alone, no friends, no phone, nothing because I had to go through certain things I had experienced in my life. Writing, talking to my notebook.”