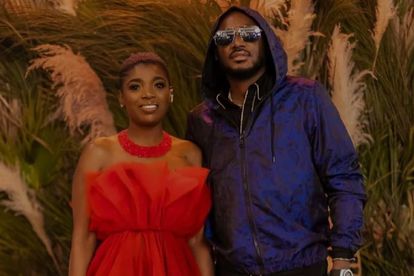 Viewers weigh in on Annie staying with her husband, 2Baba, after cheating several times. Image via @annieidibia1/Instagram

Viewers weigh in on Annie staying with her husband, 2Baba, after cheating several times. Image via @annieidibia1/Instagram

Although the show is all about the luxurious lives of these African stars, drama is one element that cannot be left out and viewers are here for it.

Zoning into the marital affairs of Nigerian actress, Annie, and her husband 2Baba (who is an artist) viewers discovered the African Queen hitmaker is a serial cheater.

During the first episode, the Nollywood star dropped the bombshell of all bombshells when she revealed that she faced a lot of hurt and embarrassment in her marriage throughout the years. Holding nothing back, the mother-of-two revealed that her hubby cheated on her with other women. Annie shared that she was there before the fame and fortune but she was not the first to bare his children. In fact, she wasn’t the second either.

“My first child is his fifth and I met him before everybody. So, you know what that is?” she said.

ANNIE AND 2BABA RENEW THEIR VOWS

In spite of all the hurt and humiliation that she has endured over the years, the actress is still madly in love with her man. Amid all the backlash from viewers following her breakdown, she took to Instagram to shared that they had renewed their vows after 10 years of marriage.

“Yes, Fam…A Guy And I Re- Newed Our Vows…10 years Anniversary!! Was very intimate. But we wanted to also share it with the whole world. Will post pics n Videos,” she wrote.

She further wrote, “VULNERABILITY Isn’t Weakness ! I Wanna Believe That It Is being BRAVE … It IS “STRENGTH “

VIEWERS WEIGH IN ON 2BABA’S CHEATING TOWARDS ANNIE

Annie’s revelation definitely shook the Twitter streets and she has been trending since. For many women, the pain of being cheated on resonates and all they want is for Annie to “find better.”

Content creator and businesswoman Mihlali Ndamase said, “Annie’s husband has two kids outside their marriage? Yhu I would perish shame.” However, she was corrected by her fans, who told her that he actually has 5 outside his marriage

“The day Annie Idibia divorces that man I will personally celebrate,” someone else said.

“Annie are [says] she can’t breath without 2Baba “ we will fight till the end “ I would be vomiting,” another tweep wrote.