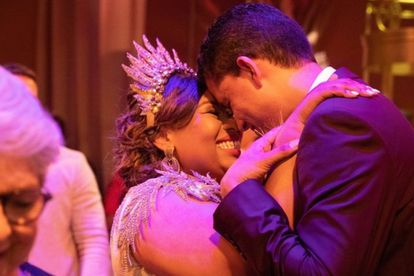 Vince Meintjies is in a long-distance marriage with Aggie after the actor Jaques Blgnaut who played the character exited the Afrikaans soapie 7de Laan .

According to the storyline Vince left Hillside after getting an opportunity to be a chef overseas.

Aggie (Nobuhle Mahlasela) has been miserable since Vince left Hillside and her friends have been worried about her because she’s been lonely.

The TVSA October teasers state that Vince is going to suggest an open marriage to Aggie on 12 October.

It’s only a matter of time until Vince files for divorce as he’s already moved on with someone else.

The actor told The Citizen that he needed a new adventure and something different and challenging.

“The only time I seriously thought about leaving was in my seventh year, just think I stayed on for another eight years.”

“I am not getting any younger, there are still roles I want to play.”

He plays the role of Martin van Wyk who is a doctor on SABC 3’s drama series The Estate.

Blignaut told the publication that he was most excited about shooting on location, as for so long he acted on an indoor set.

“You would think doctors have their ducks in a row but my character has a lot of challenges and he doesn’t always face them well.”

“It will be interesting to see how viewers react to that.”