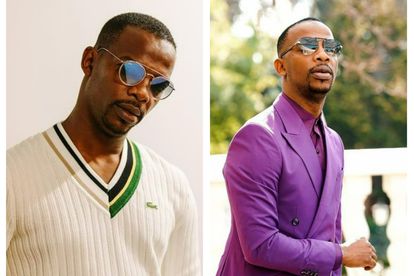 Zakes Bantwini says he is retiring as a recording artist. Images via Instagram: @zakesbantwini

Zakes Bantwini says he is retiring as a recording artist. Images via Instagram: @zakesbantwini

Musician and performer Zakes Bantwini has revealed that he will be a taking a bow from recording music for the masses. Timeslive reports that although the Grammy nominee says he is done with the music industry, Zakes says that he will still be producing music for other people.

“I don’t want to say I’m retiring from music, but definitely this is my last album that I’m working on under this brand. It’s over for Zakes Bantwini. But Zakhele Madida is still going to produce music for other people, and you know, they always say you should quit while you are on top,” he clarified.

“I will tell you now, my music is classic, I’m enjoying a big success. I’m nominated at the Grammys, I hope I win so that I really bow out with a grand bow,” Zakes says.

The father of five credits his music success to the people he collaborates with.

“My music as well, I mean, I’ve collaborated with Nomcebo and Wouter, Kasango, Nana Atta, Karyendasoul. All these big moments abo Wasting My Time. My whole entire career is based on collaboration … I know that and I embrace that. I think that’s why I’m able to enjoy what I’m doing right now,” Zakes explains.

Zakes Bantwini has released more than five albums during his music carer and has collaborated with some of South Africa’s top musicians including Nana Atta and Kasango, who features on Bantwini’s chart-topping single, Osama.

Speaking to IOL in August, the 42-year-old musician said he is not “retiring” from the music industry, but he is taking a hiatus.

“This is not the end but I feel I have to take a step back to focus on other aspects of my life and when you have fans that love what you do as much as you do, it’s important to share your journey with them. Going mute isn’t an option, it would be unfair,” explained Bantwini.