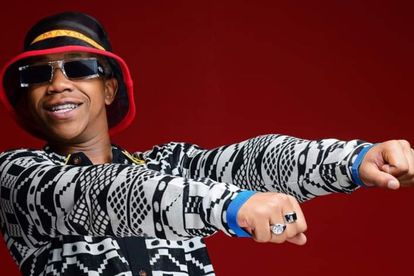 Young Stunna is a rising amapiano vocalist who has already won over the hearts of many with his energetic presence on the spectacular single Bopha. His debut album, Notumato, was released on Thursday 21 October and Mzansi just can’t get enough!

WHO IS YOUNG STUNNA?

Young Stunna (real name Sandile Msimango) was born in the east of Johannesburg and kicked off his career as a hip-hop artist, before joining the amapiano movement. Young Stunna is described as one of the biggest breakout stars in the genre.

The rising star is signed to Kabza De Small’s Piano Hub label and he has worked with several other amapiano stars including Mas Musiq, Tyler ICU and Masierpiece YVK.

It was his feature on Mellow & Sleazy and Felo Le Tee’s Bopha that won over Mzansi’s hearts. Since his breakout into amapiano, he has performed on Idols SA and SABC 1’s Live Amp.

Taking to Instagram to share the release of the album, Young Stunna thanked amapiano giants Kabza De Small and DJ Maphorisa for their involvement in the album, noting that the Scorpion Kings “saved his life”.

“I’m crying while I’m typing this! So emotional, my first album everrrr Kabza De Small & DJ Maphorisa thank you bo’Malume. Both of y’all saved my life.”

Mzansi wasted no time when it came to adding the rising star’s Notumato to their music libraries. One tweep noted that Young Stunna has already given Mzansi a head start to the weekend, while another tweep dubbed 21 October “National Young Stunna Day”.

One tweep wrote: “That Young Stunna really did an amazing work on Notumanto, he understood the assignment and delivered.”