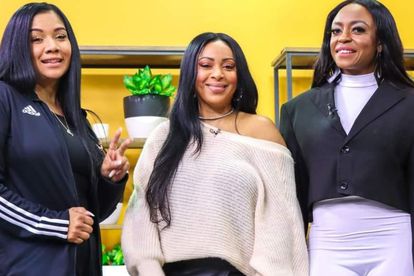 Award-winning group Jamali are set to perform at the ‘Wonder Women’ concert on Saturday 6 August. Image via Facebook Jamali

Award-winning group Jamali are set to perform at the ‘Wonder Women’ concert on Saturday 6 August. Image via Facebook Jamali

The Women’s Day celebrations in Mzansi have already begun and this weekend will be filled with events for everyone to attend! On Saturday 6 August, award-winning girl group Jamali will reunite at the Wonder Women Women’s Day event in Ferness, Cape Town. Jamali will share the stage with Idols SA 2021 winner Berry Trystsman and Expresso host Katlego Maboe amongst others.

Jamali, made up of Jacqui Carpede, Mariechan Luiters and Liesel Penniken, was one of South Africa’s best music groups. The R&B/pop group, who dominated Mzansi in the early 2000s, are best known for their songs, Butterflies, Love Me For Me and Knowing Me Knowing You. After 16 years in the industry and releasing four albums, Jamali decided to go their separate ways to kick off their solo careers.

The group will be reuniting at the Wonder Women’s Day event on 6 August. Speaking to IOL, Liesel said the Jamali decided to reunite for a special Women’s Day performance.

“I’m quite excited because it’s been a while since seeing the ladies. Fans can expect a slightly older and more mature Jamali, but they can also expect non-other than Jamali’s sweet melodic tunes.”

WHO ELSE WILL BE PERFORMING?

The Wonder Women Women’s Day event will feature a star-studded lineup with many of Mzansi’s stars taking the stage.

Media personality Tracey Lange will be hosting the event and the likes of Katlego Maboe, Loukmaan Adams and hilarious comedian Marc Lottering will all take the stage. Other acts on the lineup include Donvino, Salome, Emo Adams and the Take Note Band.

The Wonder Women Women’s Day event will take place at the Good Hope Christian Centre in Ottery. The event will kick off at 20:00.

Tickets are available here at R250 each.