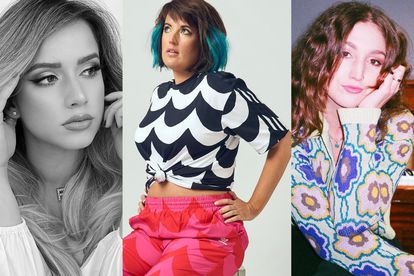 Three of South Africa’s top musos share what being a woman in the music industry means to them. Images: Supplied

Three of South Africa’s top musos share what being a woman in the music industry means to them. Images: Supplied

Julia Church is a South African-born, London-based singer who has collaborated with the likes of Goldfish and Sun-El Musician. Church has wowed the music lovers with songs like Oh, Miles featuring Lane 8, Forget You featuring Lemon & Herb and I Don’t Think I Love You Anymore.

“Being a woman in the music industry is the most exciting space to be in. There is nothing more fulfilling than sharing the creation process with another woman because there is always an unspoken understanding that is hard to articulate. When we tap into that and celebrate each other in our own ways – that is when real magic happens,” said Church about the music industry.

LISTEN TO ‘I DON’T THINK I LOVE YOU ANYMORE’ HERE

Juliet Harding is the frontwoman of one of SA’s award-winning electronic bands, GoodLuck. Over the years, GoodLuck has stolen the show with singles like Waiting for Summer, Bird of Paradise and their recently-released single, June.

“Being a woman in the music industry is one of the highest privileges that you can have because there’s definitely still not enough women in the music industry. I’ve performed gigs over the last few years where sometimes I’ve been the only woman at a three-day festival on the stage,” said Harding.

“Girls are finally feeling confident enough [and] less judged…Living in a world where a lot of what was the norm five years ago is dwindling and becoming not acceptable. Things like over-sexualisation of women’s bodies and being held to a certain standard physically, all those kinds of things are starting to become less and less cool. It’s giving some women the confidence to be who they are.”

Singer-songwriter Filipa caught Mzansi’s attention after winning the Ryan Secrest cover competition in 2014. Her singles Little White Lie, Do Something and her latest release, No Words explore the ups and downs of love.

“As a woman in the music industry, I would like to believe that my role is ultimately to inspire other women to speak their minds confidently …I try to do this through my songwriting. As intimidating as it may be sometimes, sharing my inner thoughts and feelings through my music is a way, I hope, to show strength and pride in one’s own ability to accept who we are, even with all our flaws.”

LISTEN TO ‘NO WORDS’ HERE