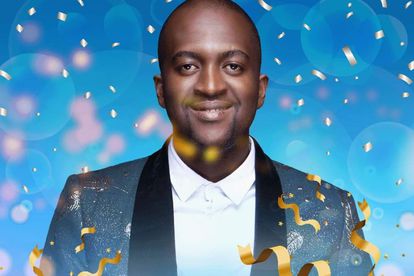 The Mapungubwe Arts Festival is back and Thapelo Molomo, the Idols SA season 18 winner, will be entertaining crowds at the 2022 edition of this event, according to Limpopo MEC for Sports, Arts and Culture, Naledi Kekana. The event kicked off on Tuesday, 15 November 2022.

The Mapungubwe Arts Festival is a joint collaboration between provincial Department of Sports, Arts and Culture, the Limpopo provincial government and the Limpopo Tourism Agency, among other sponsors and stakeholders.

The festival aims to showcase popular and upcoming artists from Limpopo and South Africa at large, through plays and exhibitions and usually culminates with a jazz and gospel festival. The Mapungubwe Arts Festival was last staged in 2019, just before the dawn of the Covid-19 pandemic in 2020.

Thapelo Molomo is a 29-year old South African Police Services (SAPS) warrant officer from Diretsaneng, in Mokopane, Limpopo. He is stationed at Brits in the North West province.

Molomo became an instant millionaire after was crowned the winner of the Idols SA season 18 competition at the grand finale held on Sunday evening at the Heartfelt Arena in Tshwane.

According to News24, Thapelo Molomo has a BA (Hons) psychology degree and began his career in the police service as an intern in the psychological services section and was later employed as a trauma counsellor.

Taking to Twitter following his win, Thapelo sent a message of appreciation to everybody who has supported and voted for him, saying: “All honour and glory be unto God”.

“Family, 😭😭😭😭 we are officially crowned Idols SA winner of Season 18, 2022. All this is because of the mighty God we serve. We have seen his power and ability. Thank you family for all your votes and support throughout. I have seen your love,”

After Thapelo’s crowning as the winner of Idols SA season 18, the MEC could not contain her excitement and said the following through the media statement released by her department: “We had no doubt that Thapelo will bring it home, that’s why we started preparing for his homecoming as early as two weeks ago when it became apparent that we have a star at the Idols.”

The statement goes further to say: “When voting started heightening, MEC Kekana and Mogalakwena municipality decided to also put together voting apparel and teams. They started voting non stop. Their resolve was win or loose, something must break.”

The MEC also emphasised that she would like to see Thapelo Molomo perform in the first edition of Mapungubwe Arts Festivals 2022, which launches on Tuesday 15 November 2022.

“This year’s Mapungubwe Festival will be the first after three years of drought because of Covid-19. 90% of the artists in this year’s edition are from Limpopo. Why? Because Limpopo has become the mecca of music.”