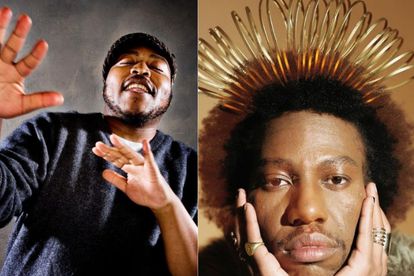 The Bassline Fest I AM HERE concert is set to take place on Saturday 27 November with two talented African musicians taking the stage amongst several others. South African hip-hop heavyweight Stogie T and Zambian-born R&B star Moonga K spoke about the upcoming concert, sharing their thoughts on the importance of the event.

Speaking on the significance of the venue, Stogie T told Eyewitness News: “There is a great poetry about commandeering a prison and turning into a constitutional court. I am honored to be a part of this vision.”

Moonga K said the upcoming concert is about connecting Africans here and across the diaspora to continue creating and networking.

“Removing the idea that the music industry needs gatekeepers,” he added.

WHAT TO EXPECT AT BASSLINE FEST I AM HERE

R&B musician Moonga K shared that he’ll be performing with his band made up of Phonikz, King JHW and Lebogang Bratly. The 25-year-old singer praised them all for their talents.

“This set is going to be the freest set I’ve ever performed and I can’t wait to bring folks into the atmosphere of love and freedom.”

The singer released a 6-track EP titled Candid on 22 October that celebrates black pride, representation and social activism. He collaborated with rapper Sampa the Great on Rebel Time and the two might perform it at the concert.

Besides Stogie T, Moonga K and Sampa the Great, there are several other incredible artists who will be taking the stag at Bassline Fest I AM HERE. Thandiswa Mazwai and local band BLK JKS will also be performing. Other artists on the lineup are Morena Leraba, Laliboi and Ikati Esengxoweni.

Tickets for the event are available online and are R400 each. The concert will kick-off at 14:00.

A post shared by Bassline – In Music We Trust (@basslinelive)