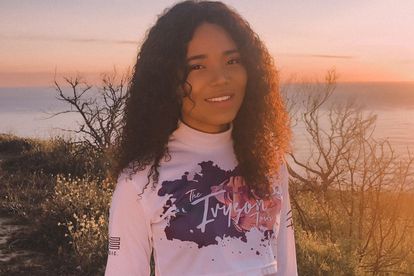 In May, Nasty C’s girlfriend, influencer and fashion enthusiast Sammie Heavens, blew Mzansi away with her rapping skills in a hot freestyle. Almost two months later, Sammie has released her debut EP and hip-hop fans are loving it! Award-winning rapper Nasty C gave the EP his stamp approval.

Sammie Heavens officially dropped her four-track EP, July on Wednesday 6 July. This comes after she dropped hot bars in a 45-second video saying she was “inspired by the drama”.

As per TshisaLive, Sammie said in a YouTube video that she was nervous about how her fans were going to react to her music.

“I’m a little bit scared about how you guys are going to react when I start dropping music because my songs are so different from each other and I’m proud of everything else but I hope you guys want,” said Sammie.

LISTEN TO ‘STRAPPED IN’ HERE

Following the release of July, tweeps took to Twitter to praise Sammie Heavens for her impressive rapping skills.

“Sammie Heavens is definitely onto something,” wrote one tweep.

“Imma need a young EP from Sammie Heavens. She can’t drop one of these every few months and leave us hanging pls,”  wrote another tweep.

“Well this is a surprise. I’m on the second track and I gotta say, Sammie can rap.”

“She just came to shake the game.”

A SPECIAL MESSAGE FROM NASTY C

“Amazing to watch that something that I think could be huge unfold right in front of my eyes. So pure. So fun. If you’re into that, check her out,” wrote the SMA hitmaker.

Orlando Pirates vs TS Galaxy: How to watch the match on TV

World Suicide Prevention Day: Important numbers for those in need