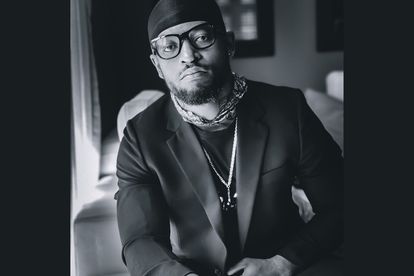 Prince Kaybee claims that he has received an outrageously low amount of royalties from the Southern African Music Rights Organisation (SAMRO). The Uwrongo hitmaker also revealed that he was unhappy at his record label claiming that the new head of A&R at the label “tells him when to be creative.”

ALSO READ: Zola Zeelovin pregnancy: How many children does Prince Kaybee have?

The 32-year-old musician released a new single on Friday 8 October titled Sbindi Uyabulala featuring Nkosazana Daughter and Masuda. While he should’ve been excited about the release, Kaybee shared that he couldn’t wait to part ways with his record label, Universal Music.

Taking to Twitter he explained that he released another single two weeks ago but the single is not doing too well on the music charts.

“I submitted a single two months ago and it dropped two weeks ago, nothing on the radio monitor. I know artists that dropped this past Thursday they charting already…”

House producer Heavy-K weighed in on Prince Kaybee’s views about Universal Music claiming the record label put his career on hold. Kaybee mentioned that his contract “made sense” while head of A&R Themba Mgcina was still a part of the label.

“Now they hired this other guy from Sony, Fok its terrible. When u want studio he says its not time yet, imagine a talentless person telling you when to be creative…”

He also noted that Themba “understood street culture” and chose his hits Fetch Your Life and Gugulethu as singles while he was still making them.

‘DOES SAMRO STILL PAY YOU GUYS?’

SAMRO is an organisation that protects the rights of composers and musicians. The organisation also collects licence fees on behalf of artists from broadcasters and radio stations.

Prince Kaybee took to Twitter claiming that he has received R100 from SAMRO for his music.

Rapper Emtee chimed in saying he has only received R30 from the organisation.