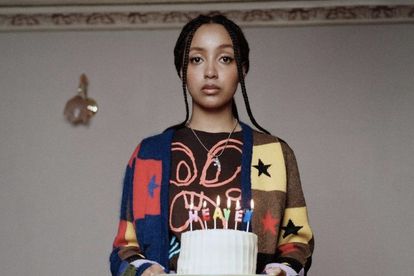 PinkPantheress has been crowned as BBC Radio 1’s Sound of 2022. Image via Twitter @girlsonfilm

PinkPantheress has been crowned as BBC Radio 1’s Sound of 2022. Image via Twitter @girlsonfilm

The 20-year-old musician has been handed the coveted accolade after she was chosen by a panel of over 130 industry experts, including Billie Eilish, Sir Elton John, Jade Thirlwall, Ed Sheeran and Jorja Smith.

ALSO READ: Five rising artists to watch out for in 2022 [watch]

PinkPantheress – who makes her music in her university halls – said:

“Thank you so much! I’m honestly gassed, my dad’s going to be so happy! This is kind of the reason I do music – it’s for other people as well as myself. It’s a great feeling and it genuinely does keep me going.”

PinkPantheress’ sound has been described as a cocktail of UK garage, two-step, pop and alt-rock.

The young musician already has more than one million followers and more than seven million likes on TikTok, and Jack Saunders, the host of Radio 1’s Future Artists, has hailed her as a “pop prodigy.”

“It was a fierce year for talent on Radio 1’s Sound of list this year and that shows you the quality of the winner, PinkPantheress.”

“Her rise through TikTok came at a time before everyone else had properly realised the app’s potential and she also applied this foresight to her music. Stirring a smooth melting pot of UKG, Drum n Bass and Emo with a good helping of mystery in her persona; everyone wants to be a PinkPantheress fan at the moment.”

PinkPantheress has built a legion of fans over the last 12 months, including chart-toppers Coldplay, who recently covered Just For Me in Radio 1’s Live Lounge.

Previous winners of the award include the likes of Sam Smith, Jessie J and Adele.

ALSO READ: ‘Power of being you’: Focalistic says authenticity changed his life [listen]