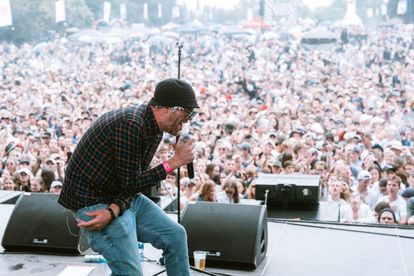 South Africa’s most popular Afrikaans music festival, Liefde by die Dam, returned for two shows in April this year and due to the high demand, organisers have decided to host another event this month. The festival is set to take place on Saturday 14 August at Emmarentia Dam in Johannesburg and tickets are already sold out!

The likes of Die Heuwels Fantasties, Jack Parow, Early B, and legendary musician Anton Goosen will be playing to a crowd of 15 000 people.

Liefde by die Dam took place earlier this year on 3 April in Johannesburg and 9 April in Cape Town. The likes of Francois van Coke, Refentse and Die Heuwels Fantasties performed to sold-out crowds at both shows. Fans are in for a treat as another edition of the festival will take place this month in Johannesburg.

“With the previous two concerts, we saw that people are keen to have a good time and experience massive concerts again,” said Die Heuwels Fantasties’ Pierre Greeff.

“The good vibes were totally contagious. So much so, that tickets for Sunday’s upcoming concert was all gone in a day.”

On 14 August, 15 000 people will be flocking to Emmarentia Dam for Liefde by die Dam.

Some of Mzansi’s top artists will be performing at Liefde by die Dam including Gqeberha-based rapper, Early B. The Potte hitmaker said the Afrikaans music festival is an annual highlight for him.

“The amount of people in the crowd is crazy and the energy is just so lekker. The production is on par with an international concert. Everyone is coming to have a good time and I will be bringing a good show,” said Early B.

“The synergy between the crowd and what happens on stage was contagious and I couldn’t believe the size of the crowd. It’s wild to think that Sunday’s Liefde is going to be even bigger. We feel honoured to be part of the line-up again,” added the 26-year-old.

“It felt like we were locked up in a time machine with online shows only. The Bushrockband and I are looking forward to perform on Sunday and it is also going to be great to see our music colleagues again,” said Goosen.

A post shared by Liefde By Die Dam (@liefdebydiedam)

Is that a METEOR? Gauteng skies illuminated by ‘stunning sight’

More than 1 230 Gauteng suspects arrested this past weekend