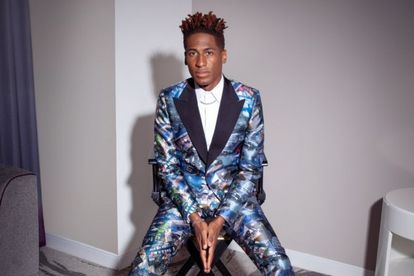 The nominees for the 2022 Grammy Awards were announced on Tuesday 23 November at the Grammy Museum in Los Angeles. A total of 64 artists are nominated for the prestigious awards but American musician and television personality Jon Batiste leads the pack with a whopping 11 nominations.

Here’s everything you need to know about him.

WHO IS JON BATISTE?

Jonathan Batiste or simply Jon Batiste was born in Metairie, Louisiana and comes from a long line of musicians. Speaking to Gothamist in 2015, Batiste shared that his seven uncles and father had a family band. He and his cousins joined the band and also got into music.

While attending The Julliard School in New York, he got the opportunity to play with several musicians that he loved such as Prince, Lenny Kravits, Roy Hargrove and jazz great Wynton Marsalis.

He started his band, Stay Human in 2011. The band has performed every evening on the Emmy-nominated talk show The Late Show with Stephen Colbert since 2015.

Having worked with several big musicians in different genres over the years, Jon Batiste shared that he thinks genre doesn’t exist.

“I think it’s a construct. The construct of genre was really created in order to help sell and organise music and to train the public to think about music in that way, in order to market it easier,” he told the Grammys in June.

“I think that’s what it was from the beginning and then, even earlier than our modern era of genre organisation, what it was all those things and race, which created these different forms of segregation.”

Batiste has worked with the likes of Stevie Wonder, Willie Nelson, Ed Sheeran, Tori Kelly and rapper BJ the Chicago Kid. Over the years the 35-year-old musician has released nine albums.

Taking to Instagram to celebrate the nominations he wrote: “WOW!! Thank you God!! I love EVERYBODY! So grateful to my collaborators and to my ancestors.”

Check out the full list of nominees for the 2022 Grammy Awards here.