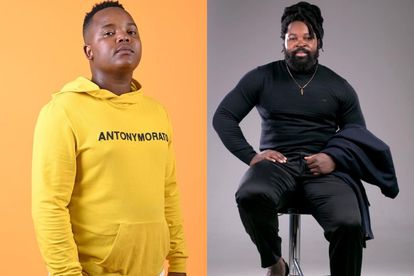 Taking to Facebook on Friday 15 April, Intaba Yase Dubai claimed that he was never paid for featuring on the song. In another Facebook post, the singer claimed his record company pays him R3 700 a month.

INTABA YASE DUBAI CLAIMS HE WAS NOT PAID FOR ‘MALI ENINGI’

On 15 April, local muso Lindokuhle Msomi, popularly known as Intaba Yase Dubai, claimed that although IMali Eningi has achieved incredible success, he is yet to receive royalties from the song.

In a lengthy Facebook on Sunday 17 April, Intaba Yase Dubai claimed he receives R3 700 a month from his record label, Ambitiouz Entertainment.

“I need money so that my family can have something to eat, also the money I receive when I’m booked… I’m also not happy with it but its a story for another day for now I was just raising a point or a fact that as much as I have worked hard that doesn’t mean I’m appreciated the same,” he wrote.

The muso further claimed he was quitting music.

“We welcome Ambitiouz to run an audit with Electromode if they so wish to.”

“Ambitiouz Entertainment received the first royalty statement a year after the song was released from Inkabi Records and a total payment of R94 527, 31,” wrote the record label.

“Ambitiouz Entertainment have fulfilled its obligations and paid Intaba Yase Dubai his portion of the proceeds received from Inkabi Records as per the existing artist agreement.”