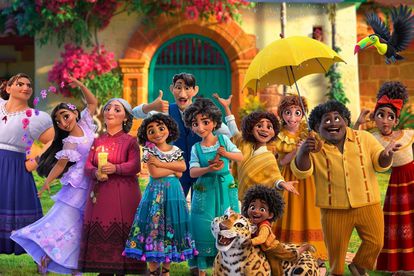 An original song titled ‘We Don’t Talk About Bruno’ has hit the #1 spot on the Billboard Hot 100 charts. Image via Twitter @EncantoMovie

An original song titled ‘We Don’t Talk About Bruno’ has hit the #1 spot on the Billboard Hot 100 charts. Image via Twitter @EncantoMovie

Disney’s musical fantasy film Encanto premiered around the world in November 2021. The film, directed by Byron Howard and Jared Bush, won the Best Animated Film award at the Golden Globes in January and it is celebrating another exciting accolade!

An original song from Encanto, titled We Don’t Talk About Bruno, has achieved the #1 spot on Billboard’s Hot 100 charts. This is the second Disney song to achieve this behind Aladdin’s A Whole New World in 1993.

When she realises that the magic surrounding Encanto might be in danger, she might be the Madrigal family’s only hope to stop it.

‘WE DON’T TALK ABOUT BRUNO’ HITS #1 ON BILLBOARD

We Don’t Talk About Bruno, written by American actor and playwright Lin-Manuel Miranda, is the fourth song on the Encanto soundtrack. The song is performed by six members of the cast including Carolina Gaitán, Mauro Castillo, Rhenzy Feliz and Diane Guerrerro.

It is also the second Disney song to achieve the #1 spot after A Whole New World from Aladdin in 1993.

WATCH THE ‘WE DON’T TALK ABOUT BRUNO’ MUSIC VIDEO HERE

WHERE TO WATCH ‘ENCANTO’ IN SOUTH AFRICA

Luckily for South African animation fans, Encanto is still showing in cinemas across the country. You can watch the film at Ster Kinekor and Nu Metro cinemas so grab a ticket!