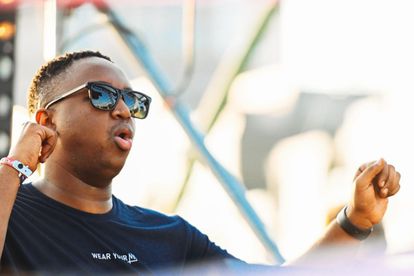 Scottish whisky brand Ballantine’s is shaking things up in the local music scene like never before. The brand has partnered with the likes of amapiano stars DJ Stokie, Musa Keys and DJ Shimza to celebrate local sounds through their global campaign, There’s No Wrong Way. Shimza added his magic touch to a South African classic for the exciting campaign.

Ballentine’s’ There’s No Wrong Way is a concept that celebrates spectacular South African classic tracks by allowing local musos to add their signature sounds to create a one-of-a-kind remix.

The first installment of There’s No Wrong Way to Remix was introduced by Soweto-based amapiano star, DJ Stokie in 2021 when he produced a four-track EP which featured hits like DJ Zinhle’s Indlovu and Mi Casa’s Mamela.

Since the campaign kicked off, DJ Shimza has shared the afro-tech sound with projects, tours and experiential house music events all over the world.

DJ SHIMZA ADDS HIS TOUCH TO A BONGO MAFFIN CLASSIC

After a public vote, it was decided that the next track DJ Shimza would remix would be the legendary group’s classic track. The track was officially released on Friday 3 June.

“The pressure of delivering a remix that will take people back to some of their greatest nostalgic moments is something else, especially if it is done well, which I think I’ve delivered with these remixes,” said the DJ.

DJ Shimza kicked off his global tour on 17 May, taking the afro-tech sound to London, Span, France, Portugal, Albania and Cape Verde.

‘Suited for each other’: Mzansi pairs Nomzamo and King Misuzulu

‘You deserve it’: Fans slam Musa’s petition to get Moshe fired

ICYMI: Reason for Boks starting Dweba ahead of Marx