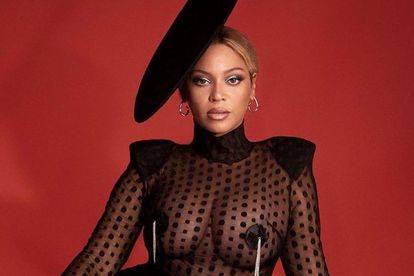 Four years after the release of her highly-collaborative project, The Lion King: The Gift, 28-time Grammy winner Beyoncé is back on the music scene with a stellar new album! The talented singer-songwriter officially released her album, Renaissance on Friday 29 July. The album also marks Beyoncé’s first solo album since the release of Lemonade in 2016.

The release of Renaissance marks Beyoncé’s seventh studio album. In a post on her official website, The 40-year-old singer said the album is the first of a three-act project and thanked her three children, Blue Ivy, Rumi and Sir for allowing her the space to create.

“And a special thanks to my beautiful husband and muse [Jay-Z], who held me down during those late nights in the studio.”

The singer also dedicated the album release to her late uncle and the LGBTQI+ community.

Renaissance is unlike any other album from Beyoncé. The singer-songwriter’s new release is a dance album with pop influences.

Taking to Twitter, Beyoncé’s fans are already gushing over the album release and some have already picked their favourite songs!

“Not even finished yet but Renaissance is the album of the year,” wrote one tweep.

“Alright Beyoncé, the album is out. Now let’s talk business. How much these concert tickets finna be?” wrote another tweep.

“Beyoncé got me adding every song to the favourites. She’s clearing!”

MUSIC REVIEWERS WEIGH IN ON ‘RENAISSANCE’

Beyoncé’s Renaissance has already received exceptional reviews from music reviewers. In their four-star review, The Guardian calls the 16-track album a “joyous soundtrack to a hot girl summer”.

Page Six praises the singer’s “caramel voice” across all 16 tracks of the album.