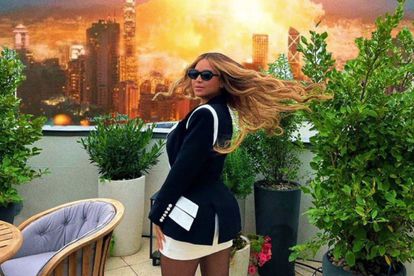 The single is Beyoncé’s first original song since the release of Be Alive in 2021, which she recorded for King Richard, a film about tennis stars Venus and Serena Williams and their father. The energetic entertainer’s fans flooded social media with hilarious memes about the new release.

WHAT WE KNOW ABOUT ‘BREAK MY SOUL’

Break My Soul is Beyoncé’s first single from her upcoming studio album, Renaissance, set to be released on 29 July. The track is a disco-centered track which features an appearance from legendary queer rapper Big Freedia.

The single was co-produced and written by The-Dream and Tricky Stewart who also gave input for Beyoncé’s smash hit Single Ladies in 2008.

The upcoming album is set to have input from writers and producers Ryan Tedder and Raphael Saadiq.

Taking to Twitter, fans had some hilarious reactions to Beyoncé’s Break My Soul. The track also received praise from former United States first lady, Michelle Obama who is a big fan of the singer. Here are some of our favourite reactions to the single.

“Beyoncé gave us an anti-capitalist, pro-gay summer anthem with vocals, rapping a choir call and response and FREEDIA. We really won,” wrote another tweep.

“Not Beyoncé giving us a dance vogue song during Pride Month. THATS MY F*CKING MOTHER.”

While social media is clearly loving Break My Soul, drag queens might’ve found their new favourite song to perform at the balls!

In a video posted by a Beyoncé fan account, @B7Album on 21 June, a drag queen performed Break My Soul hours after the song’s release.