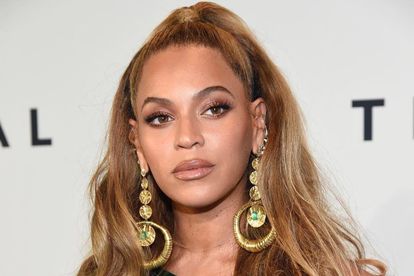 In celebration of Beyoncé’s 41st birthday, here are five of her best chart-topping singles.

Crazy in Love is one of Beyoncé’s most iconic songs. The track, featuring her husband Jay-Z, is from her 2003 album, Dangerously in Love. According to Billboard, the upbeat track reached number one on 7 December 2003 and spent seven weeks on top.

In 2010, Crazy in Love was named one of Rolling Stone’s 500 Greatest Songs of All Time.

Beyoncé’s Irreplaceable is one of her few heartbreak ballads. Released in 2006, the track forms part of her second studio album, B’Day. The track was nominated for Record of the Year at the Grammy Awards in 2008.

The track hit number one on Billboard in April 2006 and more than a decade later, the Beyhive still has all the lyrics memorised.

Megan Thee Stallion enlisted Beyoncé for the remix of her hip-hop hit, Savage. The track won the duo the Best Rap Song Award at the Grammy Awards in 2021. In the track, Beyoncé showed off her rapping skills and even sparked a TikTok dance challenge!

Savage hit number in May 2020, at the height of the COVID-19 pandemic.

Renaissance marked Beyoncé’s first solo album since 2016. Just a few weeks before releasing the album, the talented singer released Break My Soul, a dance hit that had everyone running to the dance floor.

Break My Soul spent two weeks at number one and received high praise as one of the 41-year-old’s most experimental songs.

Ed Sheeran teamed up with Beyoncé in 2017 for a duet of Perfect, which formed part of his 2017 album, Divide. As per Billboard, the pair finished recording the song in September 2017, three months before Beyoncé gave birth to her twins, Sir and Rumi Carter.

The track officially hit number one on 23 December 2017 and spend six weeks on top. The two musicians sang the song at the Global Citizens Festival in Johannesburg in 2018.