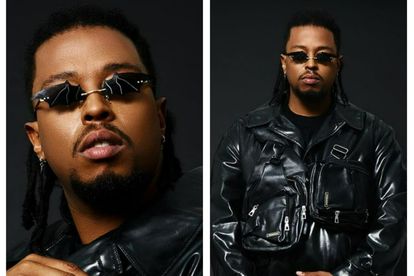 Anatii says it took him time to reveal that he had a calling. Images via Instagram: @anatii

Anatii says it took him time to reveal that he had a calling. Images via Instagram: @anatii

Rapper Anathi Bhongo Mnyango has opened up about his spiritual journey after he took a four-year hiatus in the music scene to focus on his journey of awakening.

The 29-year-old told Drum magazine that he has changed music genres to reflect the journey he is now on. He also confirmed that he is not yet a trained sangoma.

ANATII CONFIRMS HE HAS A CALLING

The producer says he has been giving hints to his fans about his new journey but he did not want to reveal too much about it.

“I did not really share details of my gift but I do have a spiritual calling,” he says.

Anatii broke his music silence by releasing “Amadlozi” on 11 November. This is a song he dedicates to his spiritual calling and how his ancestors have enlightened him.

It is also continuation of the spiritual awakening that he says he revealed on his single “Thixo Onofefe” from his 2018 album, “Iyeza”.

Anatii also revealed that he is working on an album but it different from his previous two albums, “Iyeza” and “Artiifact”.

“I am working on an album, and we are also working on a clothing line called Don’t Forget To Pray, we will be releasing our first collection. And the album is not what anyone expects, and I feel like every body of work that I do is different that way because it’s never the same as the other,” he explains.

“So with this next body of work we delve deeper into the journey that we have been on and more than anything else, just show people what I have been going through the past few years,” he told the publication.

Anatii also says, “my journey with sounds and how I have been exploring out and experimenting, you know, just pushing the sound of it and breaking boundaries to take creativity to the next level are definitely features on this album”.

Golden Arrows star: Kaizer Chiefs stand no chance against us