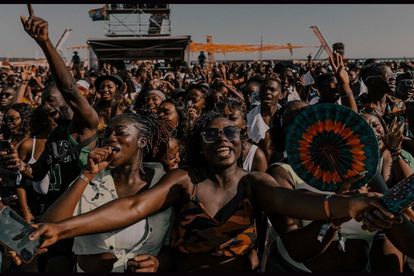 Afro Nation demonstrates the popularity, dynamism and influence of Afrobeats on the global music industry.  The 2022 edition of Afro Nation brings together the best artists in Afrobeats, Hip Hop, RnB, Dancehall, Amapiano, Afro House and more.

Afro Nation is a celebration of music from the entire African diaspora, and is one of a number of events that are helping to bring African music to new fans all over the world. That the event is able to attract the biggest global stars is a testament to the increasing influence of Africa’s vibrant music industry.

Acts from all over the world are set to perform, including Nigerian artists P-Square, Wizkid, and Burna Boy, American superstars Chris Brown and Megan Thee Stallion, and Jamaican dancehall star Beenie Man.

The last edition of Afro Nation Portugal gathered an audience of 20,000 attendees from all over Europe, mostly young music fans from diverse nations coming together to celebrate African-origin music.

Afro Nation is produced by global events company Event Horizon, and partners with Live Nation the world’s leading live entertainment company, which puts on more than 40,000 shows and 100+ festivals every year, selling half a billion tickets in the process. Afro Nation also partners with SMADE Entertainment, and MOT, along with major media partner BBC Radio 1Xtra.

GROWTH FOR THE MUSIC FESTIVAL

The music industry is booming across the African continent and it is attracting major international players. In recent years, the world’s three largest record labels, Universal Music Group, Sony Music, and Warner Music Group have all entered the African market.

This growth is, in part, driven by a young population and improved access to technology. It is a key part of the ‘orange economy’, a collective term used by the World Bank for the flourishing creative industries that attract young, tech-savvy people.

Streaming music in Africa alone is set to generate nearly $500M by 2025 – almost five times the revenue made in 2017.

Nigeria is leading the way with $90M from music streaming services in 2020, driven by the rise in popularity of previously niche genres like ‘Afrobeats’, which originated in the country. But streaming is big business in other African countries too, with revenue estimated to increase by 20% in South Africa, and 30% in Kenya by 2023.

“Events like Afro Nation provide a tremendous global showcase for the best talents in the fast-moving African music industry, and we are delighted to be involved.”

“But, more than that, a thriving music industry can also stimulate many other areas of African economies by driving increased employment, and providing opportunities for growth across multiple industries such as tourism, hospitality, and international investment.”