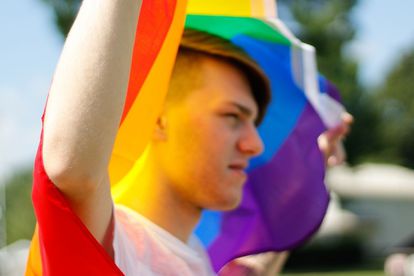 According to the GLAAD’s ‘Where We Are On TV’ report. there are 92 regular LGBTQI+ characters on across five American broadcasting networks. Image via Pexels

According to the GLAAD’s ‘Where We Are On TV’ report. there are 92 regular LGBTQI+ characters on across five American broadcasting networks. Image via Pexels

Queer Eye, Pose, and Euphoria. These are just three of the many television series created over the last few years that feature LGBTQI+ characters. GLAAD, a non-governmental media monitoring organisation, found that 92 of the regular characters on American broadcast networks for the 2021/2022 television season are LGBTQI+.

This is a new record for regular LGBTQI+ characters. In the previous television season, there were only 70 regular characters on US broadcast networks.

GLAAD’S ‘WHERE WE ARE ON TV’ REPORT

Every year, GLAAD releases its Where We Are On TV report that breaks down the LGBTQI+ representation on television. The organisation says it uses the data to “create a clearer picture of the stories and images being presented by television networks”.

The data is also used to work with networks and content creators to “tell fair, accurate and inclusive LGBTQI+ stories on screen.”

The very first Where We Are on TV report counted 12 LGBTQI+ characters on screen and that has increased significantly over the last few years.

“The past two years have defined by change on all levels for many of us and we continue to see an industry influx as we look into Hollywood,” says GLAAD president Sarah Kate Ellis.

The report also notes that there are 49 recurring characters on primetime television.

For the first time ever, gay men do not make up the majority of the numbers. Lesbian characters make up 40% of the regular and recurring LGBTQI+ characters.

To wrap up the broadcast section of the report, GLAAD highlighted that they would like to see series with “LGBTQ-centric” casts like Pose and The L Word.

“If broadcast series wants to win audiences – discerning consumers with multiple options – they must include LGBTQ characters whose stories are new, interesting, told with depth, nuance and authenticity, which reflect the full diversity of the LGBTQ community.” highlights the organisation.