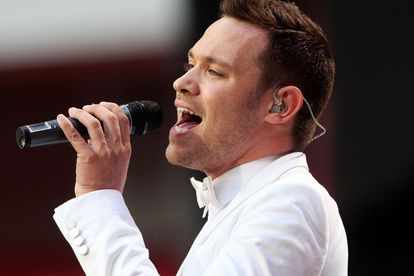 British actor and singer-songwriter Will Young rose to prominence in 2002 after winning the inaugural season of ITV’s Pop Idol. In his book, To Be A Gay Man, which was published last year, he discusses internalised homophobia, being a gay man in the public eye and his coming-out experience.

ALSO READ: Ben Whishaw reckons a gay Bond would be ‘extraordinary’ and ‘thrilling’

WILL YOUNG ON GROWING UP GAY

Will Young was one of more than 30 speakers to take the stage at the Standard Stories Festival held in London between 24 and 26 September. Some of the speakers included Sex Education actors Chineye Ezeudu and George Robinson and American producer and showrunner Lauren Schmidt Hissrich.

Speaking at the festival, Young shared that his first experience of “gay shame” was at just six years old.

“By age eight I already realised I fancied Bobby Ewing on Dallas.”

The 42-year-old actor fearlessly added: “One of the biggest shames that can come on a parent is still the possibility of their child being gay. Parents need to sort their sh*t out.”

Having grown up in the eighties, he also spoke on homophobia that was painfully fuelled by the HIV/Aids epidemic.

“It created this narrative that I was going to be alone, going to die and then go to hell,” said Young.

The multitalented entertainer also compared the British government’s attitude towards COVID-19, to how the HIV/Aids epidemic was handled and Section 28, a law passed in 1988 that halted “promoting the teaching of the acceptability of homosexuality as a pretended family relationship.”

“We think these things were so long ago but they really weren’t.”

WILL YOUNG AND ‘POP IDOL’ FAME

After winning Pop Idol in 2002 at the age of 23, the world was his oyster. He says that when he won the singing competition, he had come out to his family but not to the world.

Evening Standard notes that British newspaper The Mail on Sunday planned to reveal Young’s sexuality at the time though. The newspaper had already run a story suggesting he would be “Whooping it up… at one of Elton John and his lover David Furnish’s intimate little all-star soirees”.

On having a breakdown at one point in his life with his career peaking at a young age, he said he remembers being in an art therapy session playing with dough and asking himself what happened to his life.

“I’m a pop star, I had a number one album and now I’m contemplating whether this play dough poisonous enough to kill me if I ate it.”

In To Be a Gay Man, WIl Young discusses the piece written about him in The Mail on Sunday and says one of his biggest regrets is that he didn’t sue the publication.

“I chose my career over the chance of being massacred, ” writes Young.

The book is mostly about Young dealing with “gay shame”, but it also discusses his childhood, career and his overall experiences of being a gay man.