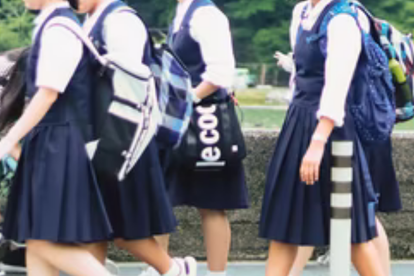 Should kids be awarded for attending school? Image via Unsplash

Should kids be awarded for attending school? Image via Unsplash

Earlier this month, The Triangle Project started its campaign for boys to be allowed to wear skirts at school. This week, a young Cape Town boy sparked a big online conversation around whether or not boys should be given the option to wear skirts if they want.

Unsurprisingly, social media users were divided in opinion, with many men basically calling the idea preposterous.

Should boys be allowed to wear skirts to school? Here’s what SA thinks

LGBTQI+ organisation The Triangle Project has been advocating for boys to be allowed to wear skirts in school – if this is what they want to do.

The South African previously reported that the organisation wants schools to adopt a dress code that allows for gender-neutral uniforms.

“Schools need to adopt dress codes that allow for gender-neutral uniforms and creative combinations of clothing items, which any learner should be able to wear regardless of their gender identity or sex.”

And now the conversation has once again been brought to light after one Cape Town boy showed up to school wearing a skirt. On February 16, Radio2000 shared a tweet about the incident:

“A debate has arisen over a boy wearing a skirt at a Cape Town school. This has sparked a controversy on whether it’s time for pupils to be able to wear the school uniform of their choosing. Your thoughts?”

“This is completely ridiculous and canner be tolerated essentially in African soil. Africa is a land of decency, principles, and ethical conduct. No way a man can wear a skirt on a public space bathong, aowa hle bo lena.”

“Wear whatever you wanna wear.”

“It’s about time we had this conversation. Skirts/dresses/dashikis etc have been worn and are still being worn and associated with “religion” or “cultural” attire. Men need to address their masculinity aside. Don’t see anything wrong with boys wearing skirts.”