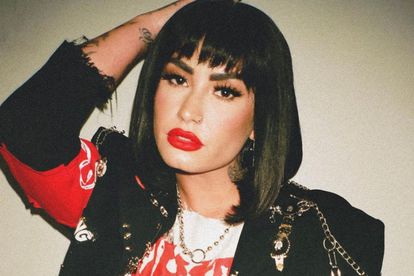 Demi Lovato has revealed that she will now be going by they/them and she/her pronouns. Image via Twitter @PopCrave

Demi Lovato has revealed that she will now be going by they/them and she/her pronouns. Image via Twitter @PopCrave

After adopting they/them pronouns in May 2021, singer Demi Lovato changed up her pronouns again. Lovato, who has now adopted she/her pronouns, received mixed reactions on social media with some Twitter users accusing her of “monetising queerness”.

“For me, I’m such a fluid person that, I felt like, especially last year, my energy was balanced in my masculine and feminine energy so that when I was faced with the choice of walking into a bathroom and it said ‘women’ and ‘men’, I didn’t feel like there was a bathroom for me because I didn’t feel necessarily like a woman,” the 29-year-old singer explained.

“Recently I’ve been feeling more feminine and so I’ve adopted she/her again. But I think what’s important is, like, nobody’s perfect. Everyone messes up pronouns at some point and especially when people are learning. It’s just all about respect.”

Reacting to Demi Lovato switching up her pronouns again, tweeps had mixed reactions about the news and many were just confused.

“I am concerned/interested in whether or not changing your pronouns multiple times in a short span is going to hurt the cause,” wrote one tweep.

“It’s so crazy to me. She’s being vocal about something a lot of genderfluid people feel and go through with their own pronouns as well as immediately react with saying she needs ‘mental help’ and how she’s ‘monetising queerness’ please shut the f*ck up,” wrote another tweep.

‘I don’t know why everyone is being weird… gender is fluid and the pronouns you’re comfortable with can change.”

Demi Lovato is set to release her eighth studio album, Holy Fvck, on 19 August. The first single of the album, Skin of My Teeth, which was released on 10 June, explored her struggles with addiction.

WATCH THE ‘SKIN OF MY TEETH’ MUSIC VIDEO HERE