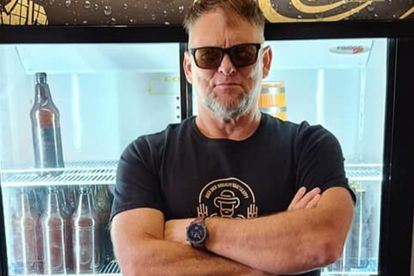 Afrikaans singer Steve Hofmeyr, who is no stranger to controversy, spoke out against Disney’s promise to be more inclusive of the LGBTQI+ community in its films and television programmes.

In a now-deleted Facebook clip originally posted on Friday 1 April, Hofmeyr warned that Disney’s stance poses the danger of teaching children “how to have sex with mice, ducks and dogs”.

Towards the end of March, Disney general entertainment president Karey Burke vowed that Disney would make an effort to make its content more LGBTQI+ inclusive.

“We have many, many, many LGBTQIA characters in our stories and yet we don’t have enough leads and narratives in which gay characters just get to be characters and not have to be about gay stories,” said Burke in a Disney-wide meeting on Monay 28 March as per The New York Post.

Taking to Facebook on Sunday 3 April, the 57-year-old singer denied deleting the video from his Facebook page and said he “does not have a fight” against the LGBTQI+ community.

“I can’t find consensus though, even among themselves, about who the ‘+’ in the LGBTQI+ includes and excludes,” he added.

“Maybe it’s time to remove the ‘+’ and admit that you have become exactly like your oppressors.”

Addressing Disney’s inclusion of more LGBTQI+ characters, Hofmeyr said he “attacked Disney” as the rest of the world did too.

“Unlike the LGBTQI+ community, I did not keep silent when Disney decided to sexualise our toddlers by sexualising their movie characters.”

‘YOU ARE MY EQUAL’

Hofmeyr continues to mention that he “doesn’t give a damn” about how people identify.

“You are my equal, but only until you trample on the rights of others. And until you sexualise our toddlers for your whims and enjoyment. I will never stop questioning those woke little fascist puppies among us.”

Super Saturday: EVERY Test scheduled for this weekend!

New NHI to be introduced in stages says Minister Phaahla

Beyond Stage 8? Expert says SA ‘one step away’ from TOTAL blackout

Mixed vegetable chips: When you’re in need of a guilt-free crunchy snack