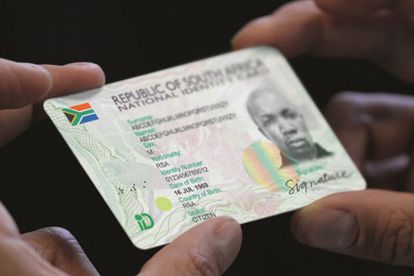 The Department of Home Affairs is proposing a system that will better reflect non-binary, intersex and transgender people, Image via Twitter @SABreakingNews

The Department of Home Affairs is proposing a system that will better reflect non-binary, intersex and transgender people, Image via Twitter @SABreakingNews

The Department of Home Affairs (DHA) is working on a new system that will better reflect non-binary, intersex and transgender people in South Africa as they stated that being assigned male or female is unfair, exclusionary and unconstitutional. After engaging with the LGBTQI+ community, the DHA is proposing a gender-neutral ID number.

On 22 December 2020, the DHA published a draft aiming at creating an “inclusive digital population register”. It was proposed that the gender category on a person’s ID should cater to transgender and intersex individuals.

Initially, they had proposed an alternative digit for one’s gender or the letter “X” to be used for gender.

MambaOnline highlighted that the use of an “X” could potentially “out” someone and they could easily be discriminated against.

It was reported by Business Tech that the DHA’s chief information officer Sihle Mthiyane shared in a presentation on Thursday 4 November that they are proposing changes to ID numbers and references to a person’s gender.

As it stands, the digits following your date of birth are used for gender. Digits between 0000-4999 are for females whilst digits 5000-9999 are used for males.

“The numbers on the ID are binary in nature, assuming South Africans are either male or female. Which is unfair, exclusionary and unconstitutional. We held a dialogue with the LGBTQIA+ community, who advised that the future of ID numbers should not be limiting,” said Mthiyane.

Certain parts of the ID will be kept the same but the proposal looks at changing the ID format around gender. Their proposal is a gender-neutral ID number that does not highlight someone as male or female. This option will also be available to new parents who have welcomed a child.

Intersexed persons can also apply and require a report by a medical practitioner confirming that the person is intersexed.

Secondly: “A report by qualified psychologist or social worker corroborating that the applicant is living and has lived stably and satisfactorily, for an unbroken period of at least two years in the gender role corresponding to the sex description under which he or she seeks to be registered.”