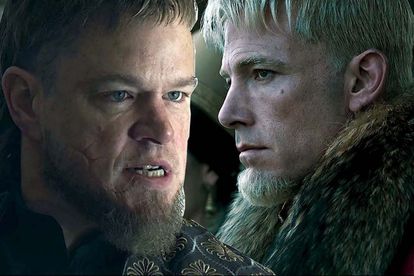 Matt Damon and Ben Affleck didn’t think they’d ever “find the time” to collaborate again after Good Will Hunting.

The best friends and co-writers – who won an Academy Awards for Best Original Screenplay for their 1997 movie – only reunited on a script again for the upcoming film The Last Duel, and now Damon has explained the long break between projects.

ALSO READ: Ben Affleck said he had fun reprising his Batman role in ‘The Flash’

The 51-year-old actor revealed the pair simply thought they’d “never find the time” to write another script on the level of Good Will Hunting, which starred Robin Williams and earned nine Oscar nominations in total, including best picture and best director.

“[We] assumed [writing] would be so time-consuming that we’d never be able to do it,” he told E! News.

However, Damon revealed that they realised:

“If we just work during hours that we could easily carve out, we could get a lot done. We wrote it faster than we thought we would.”

The pair were delighted to be back together on set for their new film — which stars Killing Eve star Jodie Comer — and it made them wonder why they don’t work on more movies together.

Affleck, 49, said: “We had such a great time doing this that it was like, why don’t we do this more? What have we been doing?”

And he feels incredibly grateful to have Damon in his life after so long.

“I grew up with this guy, I’ve known him forever. We’re from the same world and place, and stayed close and I often think about people who come into this business and there’s some challenges that get thrown at you,” he said.

“And having somebody to go through it with me and bounce stuff off of has been really helpful. You’re lucky if you get to do the job you love and luckier if it’s with people that you love.”