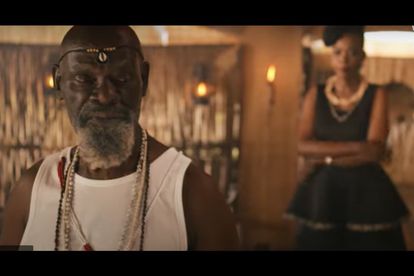 Netflix announces that ‘The Brave Ones’ will be released on the platform in September. Image via YouTube @netflix.

Netflix announces that ‘The Brave Ones’ will be released on the platform in September. Image via YouTube @netflix.

Wondering what to watch? Here’s a list of shows to binge this September on Netflix from both South African and international content.

WHAT TO EXPECT ON NETFLIX THIS SEPTEMBER

Netflix brings the mystical and supernatural to life In a new series titled, The Brave Ones. The series is set in modern-day South Africa.  This captivating supernatural series is inspired by the rich mythology of African gods and divine beings. It tells the story of Ntsiki (Sthandile Nkosi), a goddess reincarnated as a human being to avenge her sister’s death.

But first, she must learn how to use and harness her superpowers in order to defeat her enemies and save her family from destruction. The series was created by renowned film director, writer and actor Akin Omotoso, featuring, Sthandiwe Kgoroge, Bonko Khoza and Tony Kgoroge.

The Fairies are back at Alphea with Fate: The Winx Saga Season two! Tune in to find out how they master their magical powers. This month you can get a glimpse of Ana de Armas as Marilyn Monroe in the anticipated film  Blonde, a fictionalised story  based on the actress’s life.

ALSO READ: ‘The Brave Ones’: Gripping tale of township girl with mystical powers

Netflix’s The Brave Ones -16 September. Reincarnated as a human being to avenge her sister’s death, a goddess must learn to harness her superpowers to defeat her enemies and save her family.

So, what international content can you expect on Netflix?

Netflix is also bringing a range of non-branded titles. So, here’s what you can expect:

ALSO READ: You could soon pay less for Netflix IF you’re willing to watch ads…