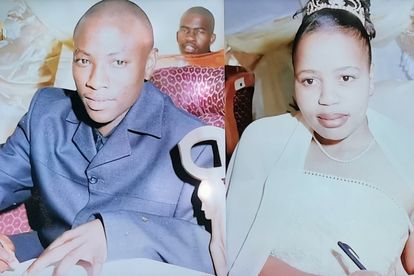 Musa and MaCele have been together for 20 years. Images via Twitter: @Amza_5

Musa and MaCele have been together for 20 years. Images via Twitter: @Amza_5

Polygamist Musa Mseleku may no longer be allowed to take the fifth wife after he celebrated 20 years of marriage with his first wife Busisiwe “MaCele” Mseleku. Uthando Nesthembu‘s latest episode saw the two celebrate their love after 20 years.

MaCele has long mentioned that she has no problem with Mseleku taking another wife just as long as he adheres to the deadline. After which he cannot be allowed to add another wife to his four wives.

The lovebirds got married 20 years ago and they have endured everything that was thrown at them.

Speaking of the time that she knew that Mseleku loved her, MaCele said that Mseleku used to bathe her when she was physically unable to.

Starting her speech, MaCele said, “I want to thank God, if He had forsaken me, I would have lost my life. It wasn’t an easy road, even when I try to imagine how I really survived throughout the years, I fail to understand. I remember when I got sick after a year when we got married, you took care of me like you were a doctor. You even went as far as taking care of a bucket I was using because I couldn’t go to the toilet”.

“That period assured me that you do love me..”. Chiming in, Mseleku said he did what he had to do because it was a given that when you have a sick wife, as a partner, you have to nurse her back to health.

‘IT’S NOT ABOUT YOU’ – TWEEPS CALL MANGWABE OUT

Unlike the other wives who had good things to say about Musa and MaCele’s love story, MaNgwabe seemed top be taking jabs by adding that she also could tell her love story with Mseleku.

This did not go down very well with the people on the Twitter streets.

ALSO READ: ‘Uthando Nesthembu’: Everything to know about ‘Wife No 5’ drama