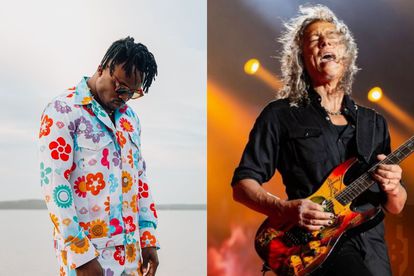 First Drake and now Metallica! Tresor is working hard and growing his collaboration list! The Congolese producer and songwriter has a feature on Metallica’s new album, The Metallica Blacklist released on Friday 10 September.

ALSO READ: Johannesburg band Azuri and the art of creating on the edge

Multi-platinum selling artist Tresor was a part of the remake of Metallica’s hit single Nothing Else Matters. He co-produced the song with Congolese singer-songwriter Batundi.

Taking to his Instagram to share the news with his followers, the talented producer said he was honoured to be featured on the project.

Tresor made Africa incredibly proud when he shared his credit on Drake’s new album Certified Lover Boy. The album was released on 3 September and the multi-platinum selling producer was credited as a songwriter and producer on the 16th track of the album, Fountains featuring Nigerian songstress Tems.

The 34-year-old producer said he was honoured to have been part of Drake’s album and said Drake’s manager Oliver El-Khatib reached out to him for the exciting opportunity.

Before the album was released, Tresor featured on Drake’s Apple Music radio show, OVO Sound Radio but no one had made the connection yet!

Tresor collaborated with amapiano giants Kabza de Small and DJ Maphorisa earlier this year on a project titled Rumble in the Jungle. The project is a fusion of amapiano and West African sounds.

Tresor’s 14-track collaboration with Kabza de Small and DJ Maphorisa hit the mark for many.

The talented music producer is constantly growing his collaboration list. The big question is, who will Tresor work with next?

LISTEN TO TRESOR AND METALLICA’S NOTHING ELSE MATTERS