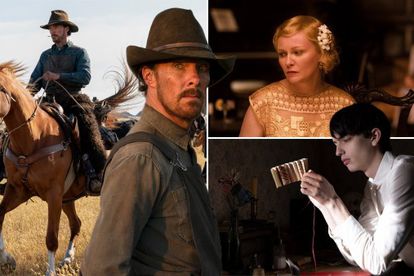 Brokeback Mountain has nothing on The Power of the Dog! Following its Netflix release on Wednesday 1 December, social media users have been singing the Western’s praises.

Having wowed many with her 1993 film, The Piano, people expected nothing less than greatness from renowned director Jane Campion with this film…and greatness they got!

‘THE POWER OF THE DOG’

Trending just hours after its release on Netflix, says it all. From the breathtaking scenery to the unexpected twists acted out by the star-studded cast, The Power of the Dog has left many speechless.

The Power of the Dog is a film that follows a charming rancher, Phil Burbank (Benedict Cumberbatch), who hopes to find true love. Cumberbatch’s performance has people standing from their seats, applauding.

ALSO READ: ‘THE POWER OF THE DOG’: CUMBERBATCH ON STRAIGHT ACTORS IN GAY ROLES

His brother George (Jesse Plemons) and his wife Rose (Kirsten Dunst) live on the ranch with Phil. Phil torments them until he finds the love he is searching for – the queer twist that has tongues wagging!

‘THE POWER OF THE DOG’ TRENDS

Social media has been going gaga ever since the release. People all over the world have taken time to watch The Power of the Dog and are not sorry.

Movies based on classic novels, set in olden times with gay ranchmen, is not everyone’s cup of tea. However, the impactful punch the storyline packs and the jaw-dropping ending had even the wary clapping. The two hours and give a minute watch is SO worth it!

Cumberbatch smashed the role and peeps are certain awards are going to be rolling in. Being a straight man and playing the role of a gay cowboy as well as he did, give that man a Bells!

WATCH THE TRAILER FOR ‘THE DAY OF THE DOG’