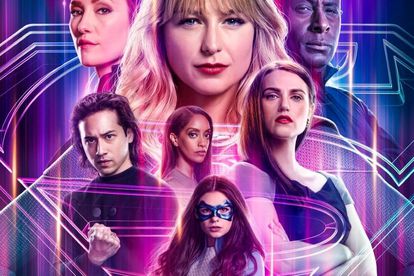 The poster for season six of ‘Supergirl’. Image via Twitter @TheCWSupergirl

The poster for season six of ‘Supergirl’. Image via Twitter @TheCWSupergirl

Supergirl’s mentor, Cat Grant, is set to make a comeback in the show’s sixth and final season. But her return will not quite be in the way fans might expect.

A younger version of the media mogul will appear in flashbacks to the early days of her career. Back then, she was simply known as journalist CJ Grant.

As revealed by Entertainment Weekly, newcomer Eliza Helm has been cast to take on the role and will be featured in episode five (Prom Night) and six (Prom Again!) of the upcoming season.

When viewers are introduced to CJ, she is eager to step out of Lois Lane’s shadow and out from under her boss Perry White’s thumb. So she does what any good journalist would do and chases down a story that leads her to Kara’s hometown of Midvale.

Although the lead doesn’t go as planned, it puts her on the trajectory to becoming the revered media powerhouse everyone knows as Cat Grant.

Calista Flockhart played Cat Grant in season one, with a few guest appearances in seasons two and three. Cat Grant was often seen as outwardly shallow and superficial. As the founder of media conglomerate CatCo Worldwide Media, she regularly advised Kara about being a woman in a man’s world.

She also investigated and revealed the family link between Supergirl and Superman, causing Kara to become the target of her cousin’s villainous enemies. After leaving her media empire in the capable hands of James Olsen, Cat moved on to become the White House’s new press secretary.

The season six premiere of Supergirl will pick up directly after the events of season five. As Brainiac lies close to death, Supergirl rushes to save him, which leads to an epic battle with Gamenmae.

After defeating Leviathan, she turns her attention to Lex, who has used the Obsidian platform to half the world’s population into his devout followers.

Knowing how dangerous this makes her brother, Lena enlists the team’s help to stop him. But, as Supergirl soon realises, the only way to truly stop Lex is to sacrifice herself.

Supergirl returns to the CW network on 30 March and will air locally on DStv. Check local listings for times and availability.

‘Superman’ reboot in the works: Here’s everything you need to know