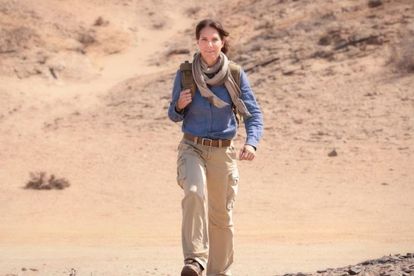 The award-winning director Susan Scott is at the head of Bewonder & Bewaar met Bonné de Bod with her outstanding imagery and text. Bonné and Susan have filmed all over the world – in Africa, Asia, Europe, the North Pole, as well as North and South America.

For this series, the team, known for their ability to access difficult and isolated terrains in the wild, captured various wildlife researchers on camera in well-known wildlife areas in South Africa, Namibia, and Argentina.

Bonné and Susan are well-known for the documentary films, STROOP – journey into the rhino horn war and Kingdoms of Fire, Ice and Fairytales. Both films have been showcased at more than 50 film festivals and have received a multitude of nominations and awards, both locally and internationally. They have combinedly received more than 55 nominations and awards for their work at various entities.

Bonné is particularly known for her ability to put conservation scientists, wildlife vets, and researchers at ease in front of the cameras. Throughout this new series, she brings forth the passion that these people have for their research subjects. Wild dogs, penguins, and fynbos are just some themes you can expect to see on Bewonder & Bewaar met Bonné de Bod. Take a look at some of the themes that are part of the series:

Pumas — Puma researcher, Dr Emiliano Donadio, is alerted by a trap deep inside the Patagonian canyon. He and Bonné race through difficult terrain to collar the puma for science observations.

IVF in threatened species — In this David and Goliath story, Dr Morné de la Rey shows Bonné how he uses IVF and stem cell technology to do what was thought impossible –– to bring back a species from extinction.

Desert lions — Namibia’s desert-adapted lions are a treasure of nature. Dr Philip Stander has been called their guardian angel. Bonné joins him and finds ground-breaking discoveries on the Skeleton Coast.

Fynbos — Fynbos is much talked about and much loved as the botanical marvel of South Africa, but Bonné digs deeper with Dr Martina Treurnicht who reveals this amazing world in the beautiful Cape.

Guanacos — Guanacos so enamored Darwin that Bonné sets off to Patagonia to find out why. She joins researcher, Emanuel Galetto, who attempts to collar one, but the famous winds make his job harder.

Penguins — Bonné joins researcher Albert Snyman on the remote Dassen island, while he and his team from the Southern African Foundation for the Conservation of Coastal Birds (SANCCOB) spend the week implanting African penguins with transponders for vital research.

Tune in to kykNET (DStv channel 144) from Sunday 17 July 20:00 for Bewonder & Bewaar met Bonné de Bod. The series will also be available on DStv Catch Up.