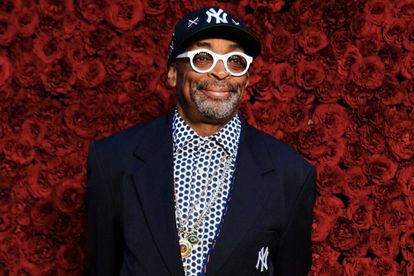 Spike Lee has signed a multi-year deal with Netflix. Image via Twitter @joblocom

Spike Lee has signed a multi-year deal with Netflix. Image via Twitter @joblocom

Spike Lee has teamed up with Netflix for a multi-year creative partnership.

The 64-year-old director and his 40 Acres and a Mule Filmworks have forged a partnership with the streaming giant following successful collaborations on Da 5 Bloods and the She’s Gotta Have It TV series – based on his 1986 movie of the same name.

SPIKE LEE HAPPY TO WORK WITH ‘FEARLESS LEADERS OF NETLFIX’

In a statement announcing the deal, Spike said:

“There is no better way for me and my company 40 Acres and a Mule Filmworks to begin the new year than renew our partnership with Ted, Scott and Tendo – da fearless leaders of Netflix. Besides my joints, we together will focus on the new diverse storytellers, youth must be served.”

“Throughout Spike’s incredible career, his writing and directing have remained searing and insightful about our times, while still being incredibly entertaining. We’re privileged to enter this new partnership with Spike and look forward to bringing the next chapter of films from Brooklyn’s very own to the world.”

SPIKE LEE ON THE ‘DA 5 BLOODS’ RELEASE ON NETFLIX

Da 5 Bloods was released on Netflix at the height of the coronavirus pandemic and Spike was “glad” that people had the chance to watch the movie – even if it didn’t come out on the big screen.

When asked if he was bothered that audiences will not be able to see the flick at the cinema, the Malcolm X filmmaker said:

“Even if it bothered me, I’m glad people are seeing it. And here’s the thing, and I’m not trying to be flip. The world has changed. Everybody has plans. Everybody. Plans went out the motherf***ing window. Why should I be different?”