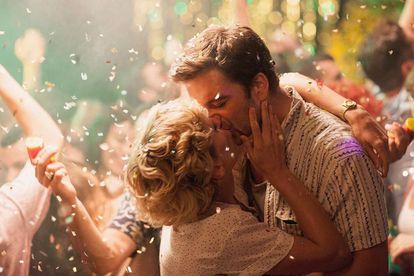 The trailer’s release comes just as the hype around Sebastian Stan continues to build in anticipation of his upcoming Marvel’s Disney+ miniseries The Falcon and the Winter Soldier. But unlike the brooding Bucky Barnes, Stan’s character in Monday is laid-back and fun-loving.

The story follows two Americans in their mid-30s. Mickey (Sebastian Stan) and Chloe (Denise Gough) meet on a Greek island during a whirlwind weekend of summer fun.

When Chloe’s time in Greece draws to a close, she decides to give up her high-flying job back home and explore whether one weekend’s passion can withstand the reality of the inevitable Monday.

As Mickey and Chloe spend more time together, they become entwined for better and for worse, leaving viewers to wonder if the couple will make it or if their romance will fizzle out.

Watch the trailer for ‘Monday’ here:

Sebastian Stan shares trailer on Instagram along with poignant message

Sebastian Stan shared the trailer on Instagram along with a heartfelt message to fans about love and the human connection.

“Love is no small thing. But we tried to give it our best for two hours. This might be a movie about the things we tend to forget and maybe need to remember,” the American actor, who was born in Romania, said.

“Human connection? Taking a chance? Maybe you think you ‘know what that means’ and then again maybe you don’t. Or maybe you’re just scared. In that case, all good too, you can just watch two people doing their BEST at doing so.”

Monday is directed by Argyris Papadimitropoulos, from a screenplay by Papadimitropoulos and Rob Hayes. Dominique Tipper as Bastian, Vangelis Mourikis as Takis, Andreas Konstantinou as Christos, Syllas Tzoumerkas as Manos and Sofia Kokkali as Stephanie star alongside Sebastian Stan and Denise Gough.

Monday will premiere on 16 April in selected movie theatres, and via digital and video-on-demand.