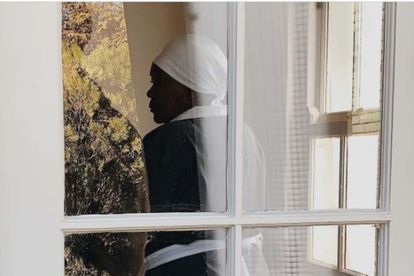 A scene from ‘Umama’ directed by Talia Smith. Image via Facebook @umamafilm

A scene from ‘Umama’ directed by Talia Smith. Image via Facebook @umamafilm

In 2015, Smith — who wrote and directed Umama — moved to study film at the New York University.

The film, which stars Connie Chiume from Black Panther and Rhythm City fame, was produced in Prof Rick Litvin’s Advanced Production class and has since received international awards and recognition.

‘Umama’: A story of love and loss

During her third year at New York University, as part of a class writing assignment, Smith decided to reflect on her relationships back home.

One of these relationships being with Susan, their domestic helper.

“It never felt right to call her that because she was more like a second mother to me. At first I wanted to write the script as an ode to Susan – to show her my appreciation of all she gave up for us children,” Smith said.

The 20-minute film is an aching portrayal of a mother’s unthinkable loss, inspired by the Smith’s childhood recollection of Susan’s (also known as Sibongile in the film) own son’s death.

“I knew that losing a son and having to take care of children that weren’t hers must have been so hard, but she never wavered in the love she gave us and that got me thinking more and more about these strangely unique South African relationships,” Smith said.

Seeing as Susan was a mother to two sets of children and spoke isiZulu, Smith wanted the title to encompass the very essence of the film – thus naming it Umama.

“The most rewarding part of this film was watching Susan watch the film that honoured her and all that she had given me and my siblings. It validated that her role in our lives was important and her sacrifices were recognised,” Smith said.

The film stars Chiume as Sibongile and explores South Africa’s integrated cultures, the legacy of apartheid, the importance of education, class gaps, crime, and the loving nature of its people.

According to Smith, the 2019 short film took them one year to produce, 10 days to shoot and six months for post-production.

“Producing a movie in South Africa from New York is difficult with the time difference,” Smith said.

Despite this, Smith alongside four American crew members, flew to South Africa to shoot the film.

“We also had crew on the ground in South Africa who would help with anything we could not physically do from New York, like my mom!” Smith said.

Back in October, Smith encountered a surreal experience when Umama received a Student Academy gold award.

“I was so overcome with emotion and gratitude for everyone and everything that aided me in getting there,” the young filmmaker said..

“It validated all the hard work of our cast and crew who volunteered their talents to this film and showed us that South African stories are relevant and have a place on the global stage.”

Smith’s belief that South Africa is a storehouse of incredible untapped stories which could capture the attention of an international audience was affirmed when receiving the award.

In addition, ‘UMAMA’ was also shortlisted for a Bafta Student Film Award, Smith had this to say:

“Getting the nod as a short-lister from such a prestigious award as the Bafta’s, immediately elevated UMAMA onto a platform that gave it credibility in the eyes of the professional industry folk. As a first-time filmmaker it is a gift you don’t take for granted.”

With the success of the relatable Umama narrative, Smith continues to put emphasis on exploring the relationships that developed and are still developing from the shadows of apartheid through film.

As an observer and storyteller, she finds notions such as the “normality of crime” juxtaposing the resilience and love among the South African people enthralling.

“More than anything, I want more people to understand and learn about South Africa and South Africans, but also for South Africans to see themselves depicted and represented internationally.”

“I am also writing a feature film which is also based on a true story in South Africa. I am hoping to continue making films based on ordinary people with extraordinary stories.”