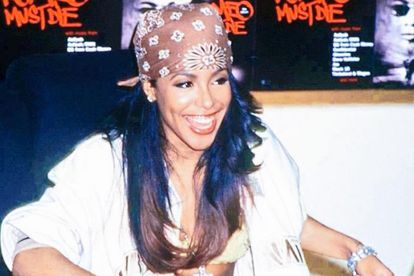 Today marks 20 years since the world lost R&B singer Aaliyah in a tragic plane crash. Aaliyah passed away at only 22 and no one has forgotten about her soothing voice.

ALSO READ: Remembering Amy Winehouse on the 10th anniversary of her death [listen]

Aaliyah Dana Haughton popularly known as Aaliyah passed away at the peak of her music career. The R&B vocalist was on board a small plane that crashed shortly after takeoff, from an island in the Bahamas on 25 August 2001. The crash also killed eight other passengers on board.

The world was devastated at Aaliyah’s passing and knew that she was on her way to a bright future in music. She signed her first record deal at just 12 years old.

Her debut single Back & Forth was top five on the Billboard hot 100 charts. The single was also the number one R&B song on the charts.

She teamed up with R Kelly (who is currently in court for multiple sex trafficking charges) on her debut album, Age Ain’t Nothing But A Number. At Your Best(You Are Love) was the second single from the album and several artists have released covers of the song.

She then went on to release her sophomore album One in a Million in 1996. A single from the album, If Your Girl Only Knew went double platinum.

MUSIC PLANS IN THE WORKS

According to Aaliyah’s uncle Barry Hankerson, his niece’s posthumous album is in the works.

Hankerson revealed that Aaliyah’s posthumous album will feature Drake, Future, Ne-Yo and Snoop Dogg. He mentioned that Tank has also offered his services for the album.

He says working on the album has been nice but there is one thing that has been “distasteful” for him.

“The only part that has been a little distasteful has been so many people being angry with me because the music didn’t come out when they wanted it. But I learned to live with that.”

A release date for Aaliyah’s posthumous album is yet to be announced.