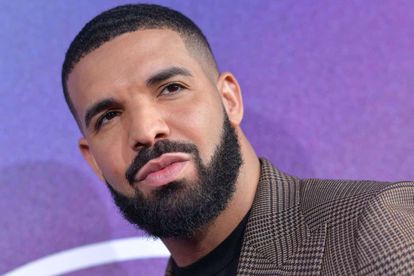 Volatility in the music and just about every other industry in 2020 meant many albums did not reach fans’ playlists due to pandemic setbacks. Thankfully, the onset of the new year is set to deliver on the promise of new music we’ve long waited for.

Here are some of the albums we’re most excited about listening to in January 2021.

Drake is about to unmask his long-awaited sixth studio album, Certified Lover Boy. Judging by the album trailer, consisting of imagery of past album covers, it will be an album of legacy that could stretch his glory as the artist with the most entries on the US Billboard Top 100 Chart.

Record label OVO has dubbed January 2021 to be the estimated period for the album drop, but exact dates are yet to be confirmed.

ZAYN: ‘NOBODY IS LISTENING’

The former One Direction singer dropped his third solo album, Nobody is Listening, on Friday 15 January after more than two mundane years.

Fans seemingly not only caught his appeal to be heard in the title track, Nobody is Listening, but were thrilled by the stripped-down new sound embraced by the R&B musician.

The 11-track album is filled with love ballads, soft melodies and sweet serenades.

Ani DiFranco’s Revolutionary Love is one of the most anticipated drops for January 2021. In her forthcoming album, DiFranco explores an “understated yet captivating alchemy of folk and soul and lushly textured jazz-pop”.

“I look around and everything’s crashing and burning all around me, but in my mind, I can see this alternate reality playing out — one where we are all fulfilling our potential,” the folk-rocker said about ‘Simultaneously‘, the latest single released from the album.

Watch the video for ‘Simultaneously’ here:

Leading up to the release, DiFranco — who is also an activist — along with 20 other celebrities brought community action to heed with a virtual teaching series also bearing the name of the album.

DiFranco is set to deliver the studio album on January 29.

Rising British musician Arlo Parks presents bold narratives with her storytelling ability that’s relatable and gravitational. She described her debut album, Collapsed in Sunbeams,  as “a series of vignettes and intimate portraits surrounding my adolescence and the people that shared it… rooted in storytelling and nostalgia”.

Parks first teased her debut album with the single Black Dog and followed up with Green Eyes, a melodic guitar-driven single. In December, the third single, Caroline, arrived with a video presenting Parks’s signature simplistic aesthetic.

Two weeks ahead of the release, Parks creatively built anticipation by tweeting a phone number where fans could share their messages of hope “in Sunbeams”.

“A few months ago I completed work on an album with my friend Madlib that we’d been making for the last few years,” Four Tet said in a press release.

“He is always making loads of music in all sorts of styles, and I was listening to some of his new beats and studio sessions when I had the idea that it would be great to hear some of these ideas made into a Madlib solo album.”

The 16-track album is set to bring thrilling beats arranged to be listened to fluidly from start to finish. Hopprock is the latest cut to be released.

Sound Ancestors will be released on 29 January.