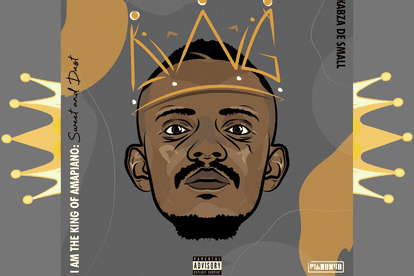 This much-awaited release from the accomplished music producer has already won the hearts of many South Africans and smashed Apple Music records.

The album features the likes of African superstars WizKid and Burna Boy, as well as South African voices such as Daliwonga, Mlindo The Vocalist and rappers Focalistic and Cassper Nyovest.

The album has already made waves as it has become the first album in history to occupy the first 26 spots of the top 30 music charts in South African history.

This means it’s the most successful amapiano release out this year.

Kabza often partners up with his second half DJ Maphorisa to collaborate on projects, as well as their own separate projects.

Many consider the pair as the best DJ duo in the country and they certainly  continuously serve bangers to their loyal fanbase.

Over the quarantine period, the pair released an album named Once Upon a Time in Lockdown. That also brought the house down and had many dancing along to their hits.

The first joint studio project by the duo, Scorpion Kings, sold more than 100 000 units in South Africa and went Diamond.

Contributing to the growth of amapiano in South Africa, Daliwonga released a nine-track album featuring Limpopo star King Monada. Daliwonga and even has a song with DJ Maphorisa and Kabza de Small called My Boo.