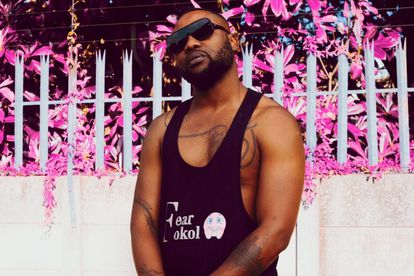 Reason has clapped back at YouTuber Slik Talk.
Image via Twitter @ReasonHD

Reason has clapped back at YouTuber Slik Talk.
Image via Twitter @ReasonHD

Heavyweight rapper Reason made headlines after deciding to take a swing at amapiano as Sizwe Alakine. The rapper collaborated on a song with DJ Maphorisa titled Khanda Shisa in July. The rapper unpacked his decision to release the song under the name Sizwe Alakine.

Reason joined Tecla Ciolfi, better known as Texx on her podcast Texx and the City to chat about his journey as a musician.

The two also dove into Reason’s decision to release music as Sizwe Alakine. Reason clarified that Sizwe Alakine is not a name change but more of an alter ego for him.

He explained that his brand as “Reason the rapper” holds weight, has a legacy behind it and is “entrenched in hip-hop.”

“I just didn’t feel like it made sense to use the same name when it comes to releasing amapiano and various other genres.”

The Endurance rapper shared that he was always keen on using his real name, Sizwe, to venture into other genres but DJ Maphorisa suggested that Sizwe needed something more to it.

Reason explained that Mpura had a song where he kept chanting “Alakine”. Mpura told Reason that “Alakine” is something you can give your own meaning to.

ALSO READ: ‘I will be doing amapiano my way’: Zamajobe on her comeback [listen]

WHAT’S NEXT FOR REASON?

Reason has some fire music releases lined up as Sizwe Alakine that will be released soon. The rapper teased an amapiano track on his Instagram featuring Young Stunna and Pretoria-based duo Mellow and Sleazy. The song’s working title is Ujola nobani.