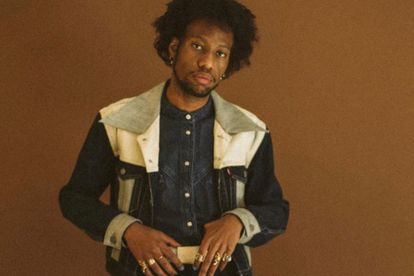 Singer-songwriter Moonga K releases his brand new single black, free & beautiful and it has a powerful message behind it. The single was released on 2 July.

The soulful artist explained that the title of the song is simply an affirmation that he would tell himself as something he aspires to be. He further mentioned that it’s a song he hopes all black people would resonate with as they listen to the song.

“So much of my experience as an artist is becoming familiar with my history and the culture of people who look and live like me. Showing ALL of our community and its beauty, and its ugliness and trauma and magic, and how we deal with all of this”.

For the single’s photoshoot, the Levi Haus Africa was tasked with creating an outfit for the singer.

The Fool’s Gold singer is currently working towards his EP CANDID. This will follow Moonga K’s an ode to growth, pt. 1 release in 2020 that featured the single i know (i do).

He has kept fans on the edge of their seats with the few singles that he released this year already. He dropped all that i deserve, where do i go?, and up all night ahead of the EP release. No release date has been announced yet but fans should expect the release some time soon!

Moonga K performed on the Afropunk global virtual stage in 2020. Other notable artists that performed were Moonchild Sanelly, Muneyi, Ari Lennox, and rapper Common. He was also recognised on Apple Music’s New Artist Spotlight which is a platform that recognises new South African artists giving them support across the Apple Music platform.