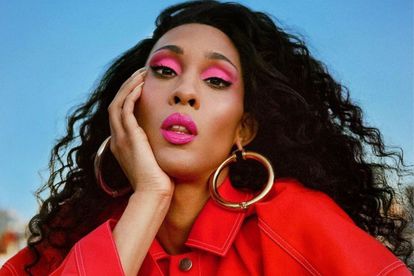 Pose is up for two awards at the Emmys this year.

MJ RODRIGUEZ AND THE EMMYS

MJ Rodriguez is the first transgender women to be nominated for Best Lead Actress in a drama series. Speaking to Variety, she said this is a pivotal movement that pushed the needle forward for the door to be knocked down for so many LGBTQIA+ people.

“A moment like this extends and opens and elongates the possibilities of what’s going to happen and I believe the Academy is definitely making it possible and their eyes are more than open.”

“Yes, I do believe that they’re going to continue, and I also feel like we’re going to keep speaking and encouraging and informing and educating people around the world. I think that’s the most important thing.”

TRANS WOMEN AT THE EMMYS

MJ Rodriguez’ Emmy nomination is the third time a trans woman has been recognised by the awards show, if she scoops the award she’ll be the first trans woman to walk away with the award.

Rain Valdez was the second, receiving a nod for short form comedy or drama actress for Razor Tongue.

Pose has received praise from a number of online publications for it’s diverse casting as well as its relatability. MTV described the series as “television’s most powerful depiction of unselfish love and chosen family”.

The series is mostly made up of transgender women who hold each other close throughout and support each other no matter what.

As ballroom culture is the centre of the series, it also explores HIV/Aids, family, loss and love.

Pose’s Billy Porter is up for Best Lead Actor in a drama series. He was the first openly gay man to win the award.

Pose is available to stream in South Africa on Netflix.