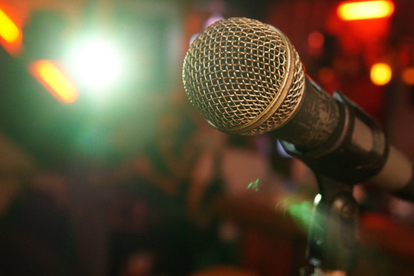 Laughs for KZN Image via Pixaby

Laughs for KZN Image via Pixaby

Several communities in KwaZulu-Natal and Gauteng were heavily affected by the unrest sparked by former president Jacob Zuma’s imprisonment. These two provinces were consumed by week-long violence and looting and now look to move on from painful scenes. Laughs for KZN is an initiative being set up to help KwaZulu-Natal communities rebuild after South Africa’s unrest.

SETTING UP THE COMEDY SHOW

Radio presenter and owner of Pint-Sized Media, Jon Gericke responded to a tweet by Leah Solomon popularly known as Dame Jewdy Mensh about lending a helping hand towards setting up a virtual comedy show.

Solomon put together the event in only two weeks and is set to take place on Friday, 30 July, and will be hosted by Darren Maule.

Laughs for KZN will see 12 comedians from across the country come together to share some jokes to raise money for the KZN Emergency Relief Drive. According to Good Things Guy, the virtual comedy event is in partnership with the Durban South Lions Club.

“While the event is free to watch, we ask for viewers to make a donation towards the fund.”

Gericke and his team hope to raise a total of R600 000 towards the Emergency Relief Drive so they can assist by distributing food parcels and other necessities to KZN communities.

WHO’S ON THE LINEUP?

“No matter how big or small, every donation is one step forward in the right direction. Let’s rebuild KZN, one laugh at a time.”

Laughs for KZN, donations can be made through Given Gain, a global online fundraising site. You can make your donation here.

Guess what? Loadshedding is back… during the cold front

Actor Bonko Khoza reveals his plans after ‘The Wife’ exit