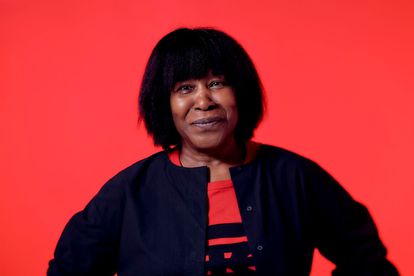 Joan Armatrading’s 10-track Consequences was written, performed and produced by the 70-year-old CBE (Order of the British Empire) laureate.

Armatrading can best be described as a groundbreaking artist. In the 1970s, she was the first British female artist to debut at No 1 on the Billboard Blues chart, where she stayed for 12 weeks and was the first-ever UK female artist to be nominated for a Grammy Award in the blues category.

Armatrading is also a trustee of The Prince’s Trust, has been awarded an Ivor Novella Fellowship and received an Americana Lifetime Achievement Award.

Joan Armatrading gets intimate and direct on ‘Consequences’

Consequences is an intimate and direct album and wears its conscience and its heart on its sleeve.

“I feel as excited about this album as I did when Love and Affection came out. Butterflies!” Armatrading says.

The current single, Already There, is a perfect example of this, as it details the common experience of when one person in a couple is already in love, while the other still hasn’t quite arrived yet, emotionally.

To celebrate the release of the album, a special once-off concert will be globally streamed at 20:00 GMT on 31 July.

Armatrading will be playing the concert with her band, and the show will feature not only new material but also some of the best known and loved songs from her illustrious 50-plus year career.

Tickets for access to the concert are available here and are priced at £24 (about R474).

In the build-up to this highly anticipated reveal, The South African had the privilege of speaking to the Drop the Pilot hitmaker.

Retirement will happen when…

I don’t ever plan to retire from writing songs.

My music is about…

People, how they communicate with each other, the emotions that people go through and positivity.

I just need to be alive to be inspired.

What is the one song you must do in every show?

Love and Affection — not just for the audience but because that song is a big part of what has made me have a lasting career.

Who are your heroes?

I don’t have heroes. I have many people I admire, and I think are so brilliant in mind and creativity.

I admire anyone who has strong ethical principles and lives by them.

Just being alive and being able to enjoy the world and everything that’s in it. That’s a treasure.

It’s your round, what are you drinking?

What is your dream gig to do?

All the gigs I’ve done have been my dream gig. Each show is special in its way.

If you were not a musician, what would you do?

Pick five words to describe yourself.

What, in your opinion, is the greatest movie ever made?

What books are you reading?

I’m not reading anything now.

I love everyone who loves life.

What is your greatest achievement?

I’m still trying to achieve it.

On stage, I tend to…

I certainly get caught up in the moment when watching anything exciting regarding not just sport, but films too.

Right where I am.

Tell us a little more about your philanthropy.

I’m one of the trustees of The Prince’s Trust. The trust helps young people in the most positive and rewarding way. I love how it builds their confidence and makes them appreciate their worth in themselves and society.