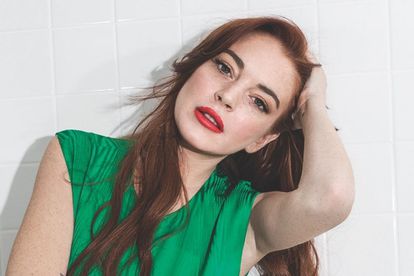 Lindsay Lohan has revealed she’s launching her own podcast.

The Mean Girls star has announced she’s signed a deal with media company Studio71 and she’s promised fans there will be “intimate conversations” on air.

“I’m excited to partner with Studio71 in the development and production of my podcast.”

“I’m looking forward to connecting more with my fans and having intimate conversations with thought leaders and friends across all industries.”

A ‘NEVER-BEFORE-SEEN SIDE’ OF LINDSAY LOHAN

Meanwhile, Studio71 also made the announcement on social media and teased a “never-before-seen side” of the actress.

“Studio71 is excited to announce that actress, singer, and entrepreneur @lindsaylohan has partnered with us to launch her first-ever podcast.”

“We cannot wait for listeners to hear this never-before-seen side of Lindsay!”

“We are thrilled to welcome Lindsay to Studio71’s podcast network and can’t wait for her to take listeners behind the scenes of her life and work.

“With her unparalleled experiences as an entertainer and entrepreneur, we are so excited for her to take the mic and share her thoughts and opinions with the world.”

Variety has reported the podcast is set to debut either late 2021 or early next year.

The Parent Trap star is also set to make her return to acting in a new Netflix Christmas romantic comedy.

A title and release date are yet to be confirmed, but back in May the streaming platform tweeted:

“Lindsay Lohan will star in a new romantic comedy about a newly engaged and spoiled hotel heiress who finds herself in the care of a handsome, blue-collar lodge owner and his precocious daughter after getting total amnesia in a skiing accident.”