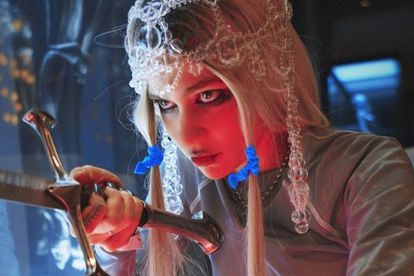 Canadian musician and partner of Tesla and SpaceX CEO Elon Musk, Grimes, shared unreleased new music in collaboration with British EDM DJ Chris Lake at an outdoor festival in Arizona via her Instagram on 31 May.

A vocal sample featuring Grimes, whose real name is Claire Elise Boucher, was previewed at Chris Lake’s live performance to a huge crowd in Arizona. Grimes shared a clip of the teaser on her social media platforms.

“Should we release this? @chrislake,” the captioned the post.

Fans on Twitter think it’s a yes, as they shared their excitement in the comments section of the post.

This would be the first song released by Grimes since Miss Anthropocene Rave Edition released earlier this year and her step into the EDM scene. This could make the father-of-her-child and CEO of Tesla Motors Elon Musk excited as he has been stepping into the EDM scene himself with the release of Don’t Doubt Your Vibe in 2020.

Yesterday 3 June, Grimes posted a video talking about communism and Artificial intelligence (AI). The video is captioned “A.I. Is the fastest path to communism” on Tik-Tok.

“So typically most of the communists I know are not big fans of AI but if you think about it, AI is actually the fastest path to communism. So if implemented correctly, AI could actually, theoretically solve for abundance like we could totally get to a situation where nobody has to work, everyone is provided for with a comofable state of being,” said Grimes.

“AI could automate all the farming, weed out systematic corruption therefore, bringing us, as close as possible to genuine equality. So basically, everything that everyone loves about communism but without the collective farm,” she added.

However, people are confused at Grimes’ support for communism considering that her boyfriend Elon Musk is a billionaire. She later responded to these comments saying,

“Haha I am not a communist! This iz (sic) a joke – but maybe the technocrats and communists could get along!”

City of Tshwane: R400k worth of stolen electrical infrastructure seized

Spicy chickpea chips: A healthy bit of crunch when you feel peckish